Finally On the Road

Getting ready for the upcoming trip around Texas and New Mexico has been challenging. I brought the RV home and DH checked the battery, cleaned the terminals, etc. He also fixed some latches that didn't work just right. The generator wouldn't start so we checked everything again. I even got on the Phoenix Cruiser forum to ask for some help. I got several suggestions and a picture of the correct battery hookup. Ours was right. All of a sudden I got no DC power at all....no lights, no water pump, etc., and yet the battery was charged. I called my RV guy and he walked me through several tests. One of them was to start the generator using the switch on the dash that pulls power from the engine battery. It started but as soon as I turned the engine button off and tried again, it wouldn't start. Terry thought it must be a solenoid or relay as we had already checked the fuses, etc. He got me in on Tuesday morning. His partner came right out and I told him exactly what Terry already had me try. He got underneath the battery compartment and checked and said it all looked good. Then he used their tester on the batteries and said they were definitely good. After a couple of other checks showing all the positive side of the DC power was working, he went back under the battery and found a cable that was just barely movable. It was a ground wire. He used some new star fasteners and a new bolt and voila....everything worked!.  What a relief.

I got everything loaded up. Then I got a call from my friend Carolyn who was on her way from Louisiana to join Mary Jane and I on this trip. We were all going to meet up at the Walmart parking lot in the morning and leave. She had a leak in the roof even though she had it checked last month....that is an RV for you. I gave her my RV guy's phone number and she called and left a message because they were already gone for the day. She left her overnight spot very early and arrived at the RV shop right after they opened. Terry wasn't there but one of his guys got up on the roof and found some hairline cracks on one seem and a small spot that looked a little indented and soft. He had her caulked and patched before Terry got there to get her message. We were on our way only a half hour later than planned.

We headed cross country towards Fredricksburg stopping at the rest area on 290 for a quick lunch. 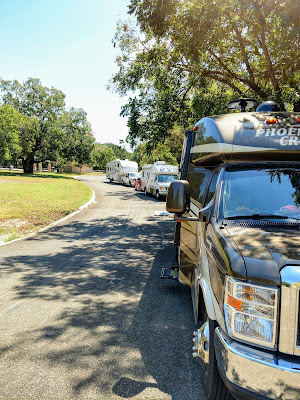 Then we headed off to Ballinger TX where we planned to spend the night at the City park. We were parked right alongside the river with three other RVs....$15/night for full hookups but all we really needed was electric. 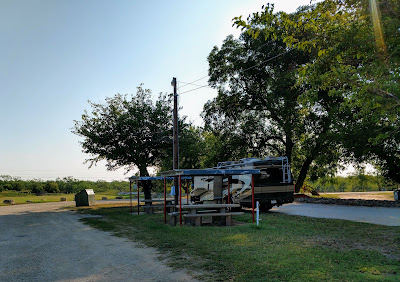 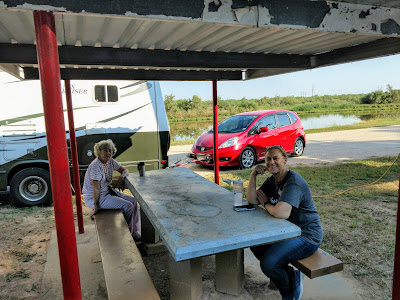 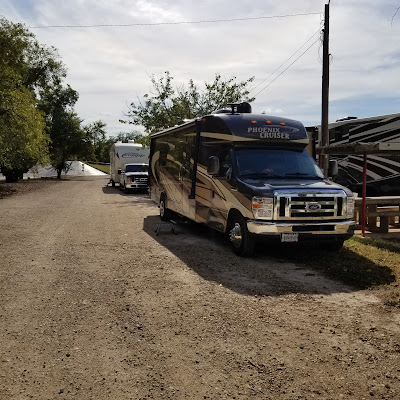 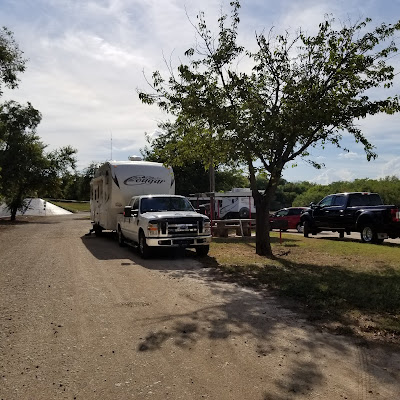 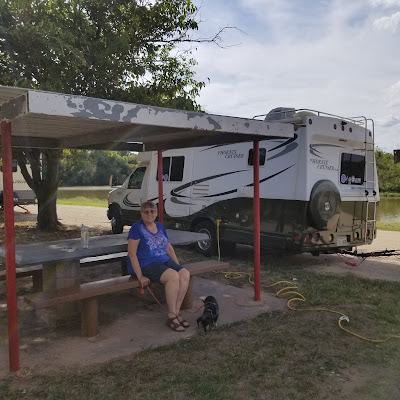 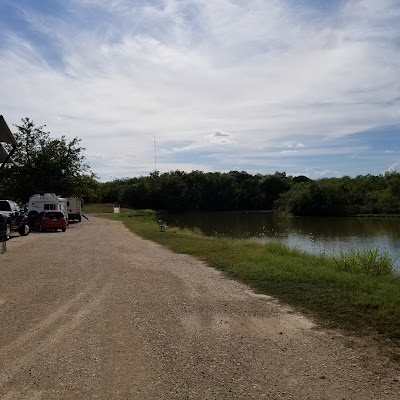 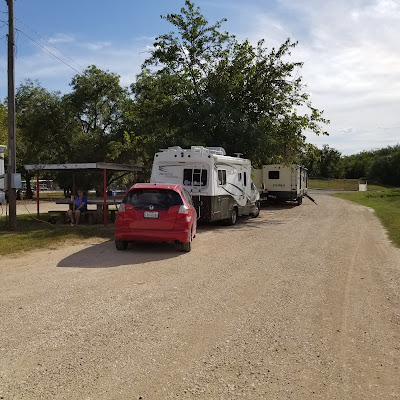 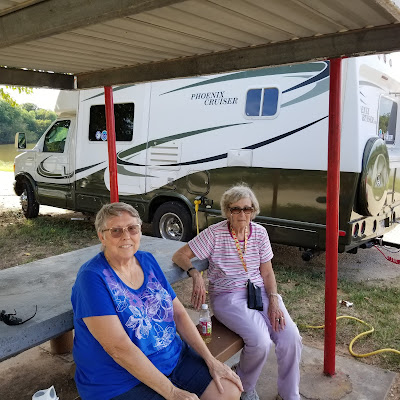 It is a real nice little park. I stayed there many years ago but they have really cleaned it up.