Wow, it's been a while since I posted. Not a lot going on for interesting blogging. It has been hot here in Texas since May.....at least 5 degrees higher than normal. We finally got about three big, hard rains in July so things greened up again. Of course, now we are running over 100 degrees every day so that won't last long. I went to a Texas Ramblin' Roses Brunch up in San Marcos which was a lot of fun. The kids and grandkids made it back after a very successful and fun trip up to Calgary. Cameron was off to a church camp for a week so Morgan got a Daddy-Daughter week all to herself which she loved.

We celebrated Harley's 10th Birthday. He had a great cake which he didn't get to taste but he did get some doggy treats. 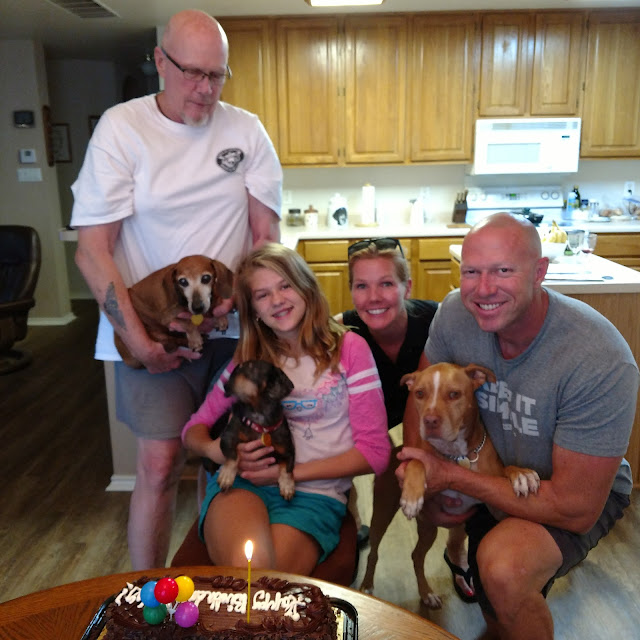 And a new doggy toy! 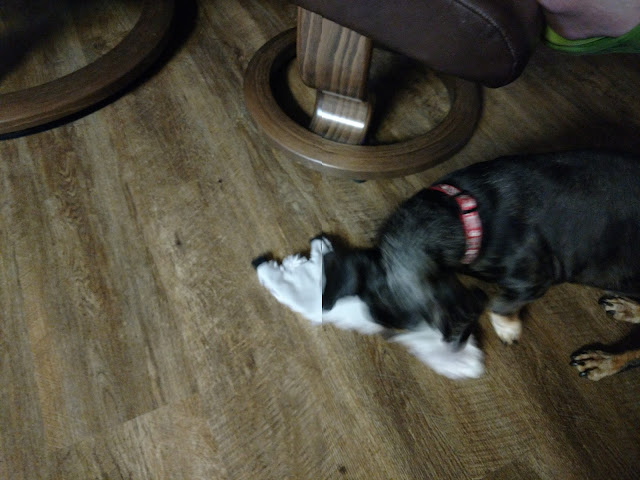 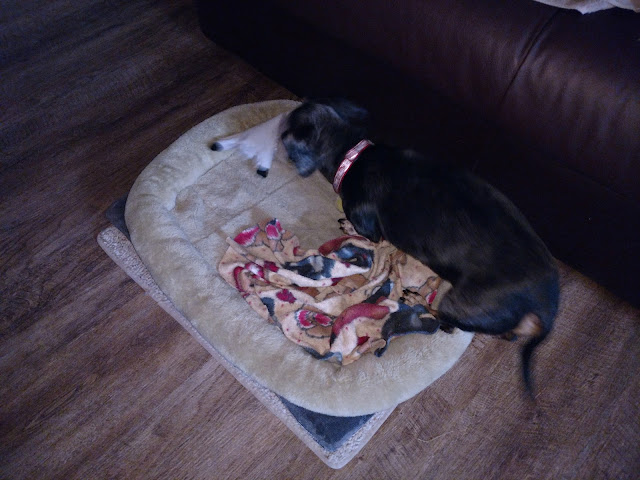 The day Morgan had to leave, we made a trip down to the Pearl Farmers Market which she always enjoys.  Lots of people and lots of dogs.....all getting along. 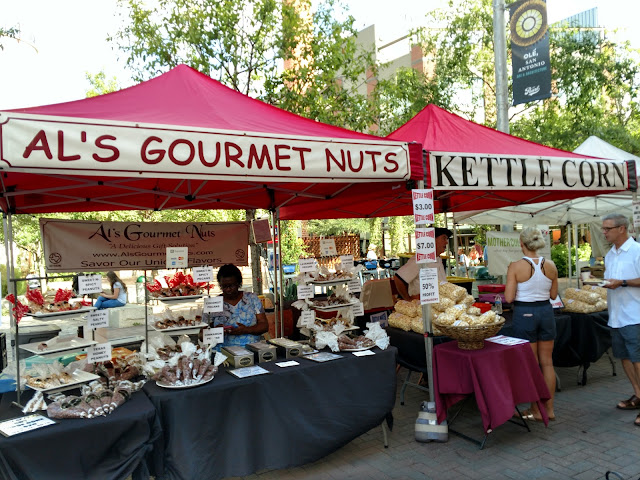 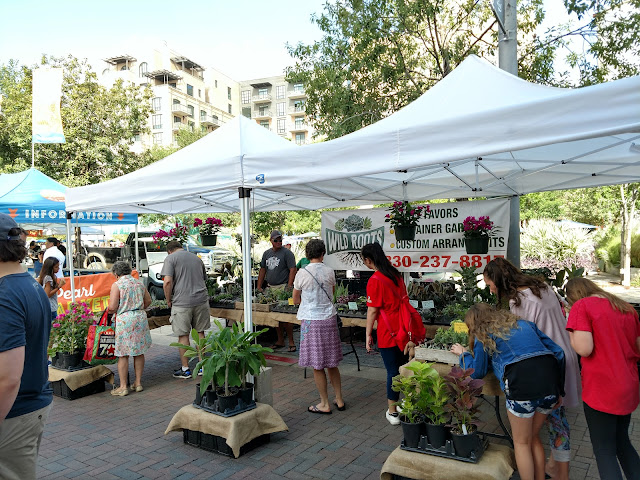 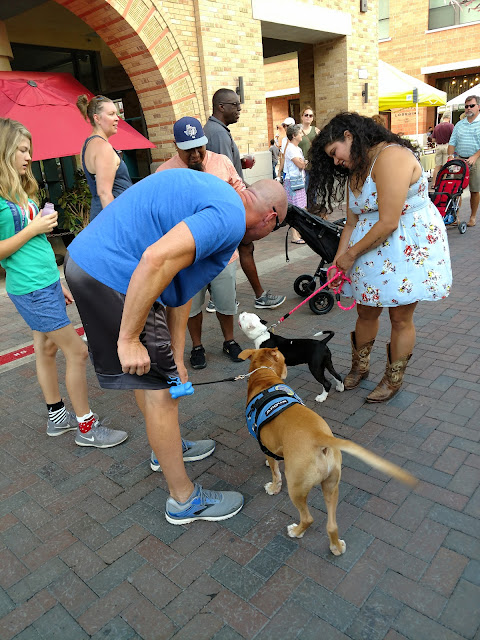 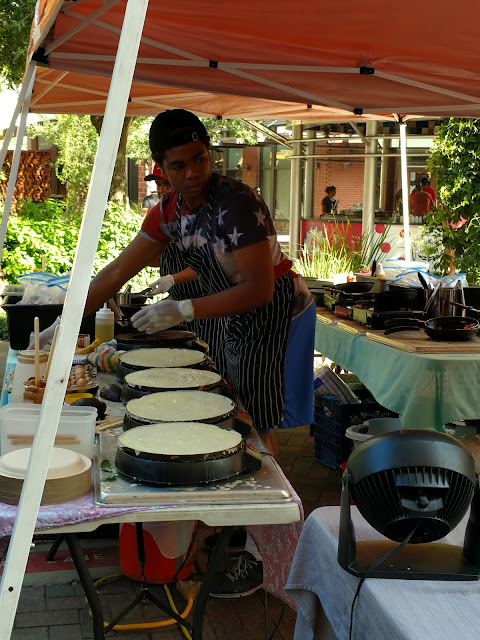 Sunday morning I got a call saying Steve and Helen were on their way to pick me up to go to the New Braunfels market. I dashed up to get dressed and we were off.....but along the way, I said I thought the New Braunfels market was only open Saturdays. Oh well, we enjoyed a stop at Naegelin's, the oldest bakery in Texas and a walk around the downtown area looking at the murals and the old buildings......all occupied.