Our November Texas Ramblin' Roses Rally was scheduled for Choke Canyon State Park. Now, in Texas, that means you better be on the Texas State Park website at 8 AM exactly 5 months to the day before the 1st day you want to reserve if you want to get a site. The host deliberately scheduled the rally for Sunday through Thursday to make it slightly easier to get a site but you still have to be quick in reserving. That is one of the main reasons we don't have many of our rallies at Texas State Parks. They also tie up all your reservation money immediately so there is that too. 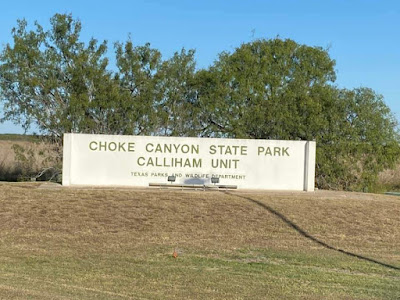 I've never been to Choke Canyon State Park so wasn't totally sure what to expect. It's only about two hours or less south of San Antonio and check in time is about two so that means it wasn't necessary to get on the road until later in the morning. My friend Mary Jane had to cancel at the last minute because she wasn't feeling well. So Harley and I headed down the road alone. I had a nice site about midway in the camping area. 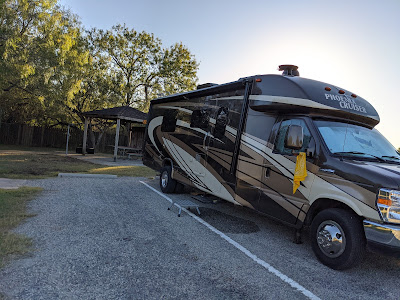 I was actually right next to the birding blind. It didn't look like anyone was doing much to take care of it like filling feeders, etc. It was nice with benches and even a picnic table set up nearby. It definitely wasn't busy while I was there. 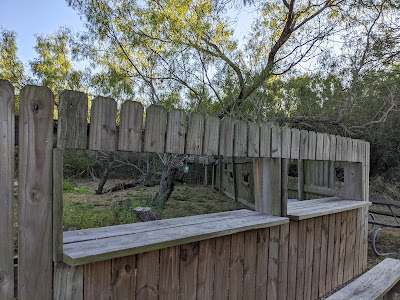 There were plenty of birds in the park. A whole flock of wild turkeys paraded around frequently. 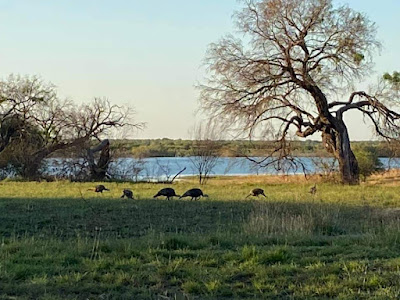 The park has trees but it is still rather an arid area. 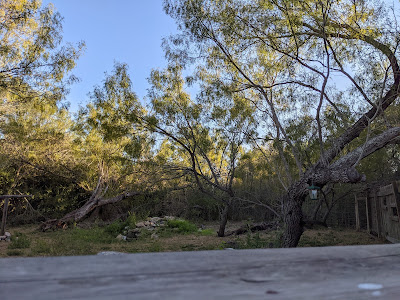 I'm not sure whether these were feral hogs or javelinas (peccaries) but I am leaning more to the javelinas. Feral hogs create a lot of destruction for ranchers and farmers while javelinas are herbivores and only about half the size of feral hogs. The deer followed right along behind the javelinas. 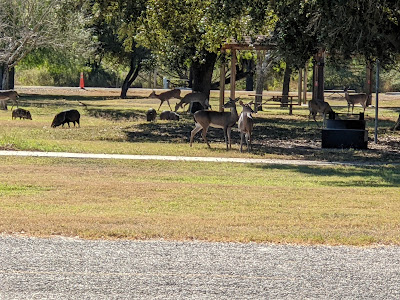 We took a little drive around the park to check out other areas. Although there are alligators, we didn't see any. 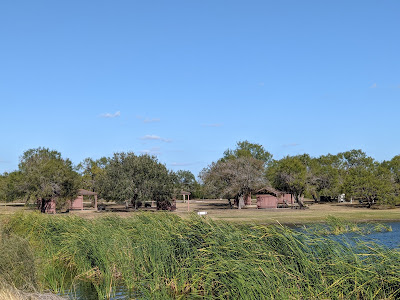 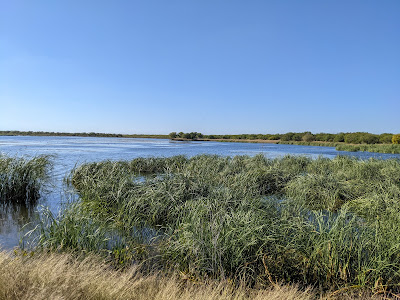 We did, however, frequently see the javelinas and deer meandering around the campground. 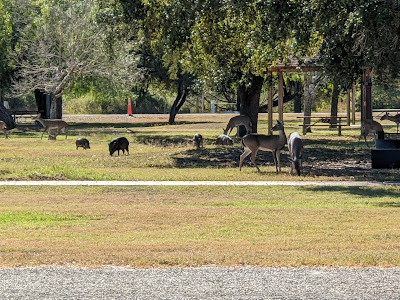 Mary brought her electric assist trike and very generously let everyone give it a try. It was really fun and that trike can move right along. 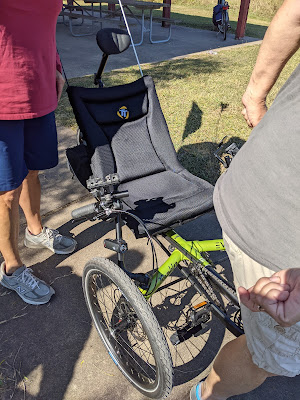 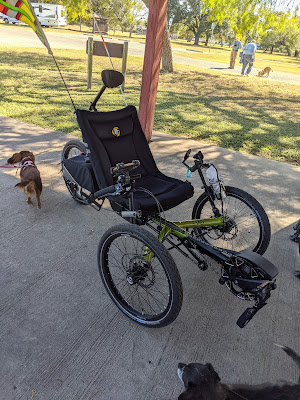 We also had a number of new or new to someone rigs so president Jimmie christened them. 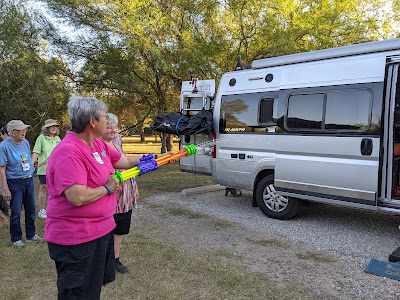 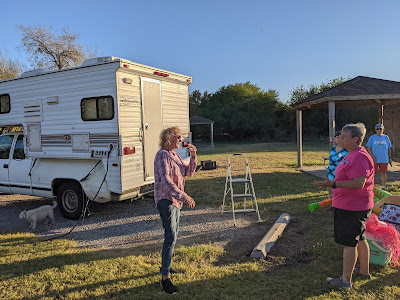 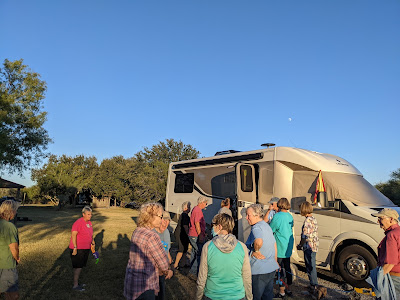 It was a fun rally meeting up with longtime and new friends. The weather was great until departure day when it cooled off quite a bit. Until next time.