Several Roses were already on site at Wildernoess Oaks  several days early even though the rally didn't start until Thursday afternoon.  Since Elaine and Teresa had not been to this area before, we took advantage of our free time and headed over to Goose Island State Park to see The Big Tree. 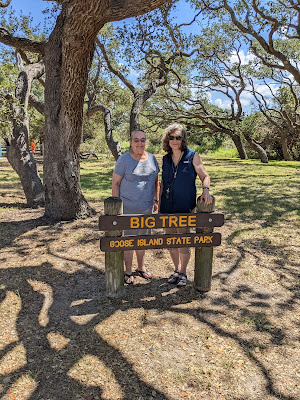 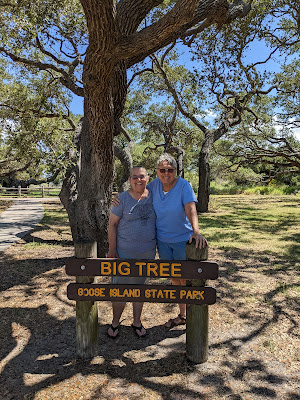 The tree is actually much more impressive in person than this photo taken from a distance. Did I mention that it was very hot and humid? 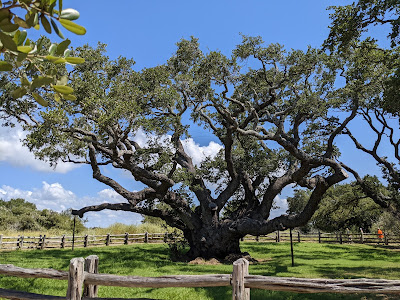 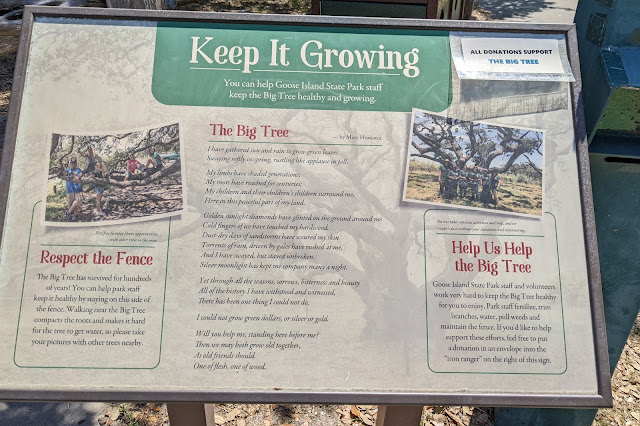 While no one is allowed near the Big Tree, there are other trees in front that are available for photos and even for kids to climb. This one had a branch resting on the ground. 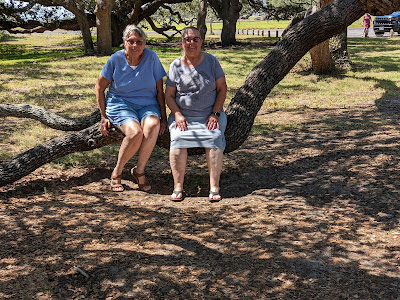 We also drove through the rest of the state park. Fishermen were busy fishing and cleaning their catch. There were plenty of cranes and other birds waiting to help clean up the remains. 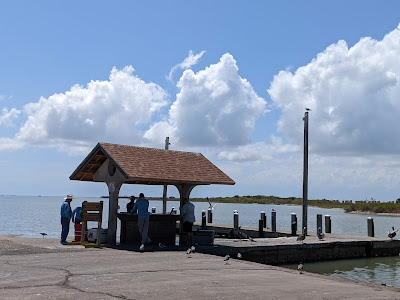 The park has sites right on the water's edge that have a covered picnic area along with great views and an ocean breeze but no other shade. The pier has all been redone since the last hurricane and it is really long. There are plenty of sites in another area with lots of shade and most sites have good separation. There were lots of available sites on this weekday.
We had an official Meet and Greet late Thursday afternoon. Everyone brought appetizers and hors d'oeuvres to share so dinner was pretty much out of the question as we were full. A couple of our full-timers drove over from Port Aransas to catch up with friends. 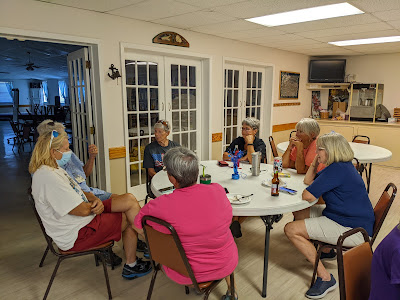 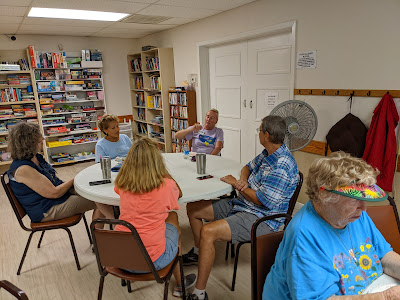 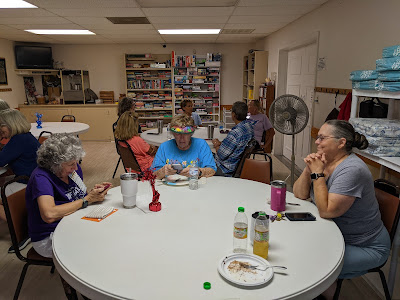 We had pulled pork sliders, ham and cheese sandwiches, chicken and bacon pinwheels, deviled eggs, and a host of other goodies. We also had a birthday cake for Jimmie and Judith. 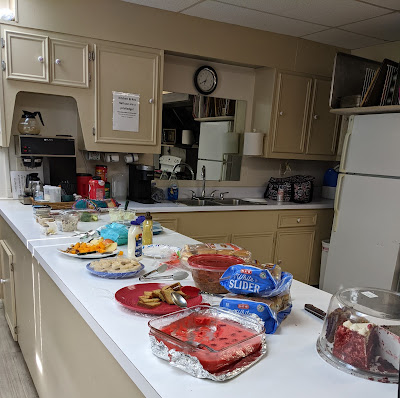 A number of us decided to hit the pool after we were done. It's a salt water pool which everyone loves. No pool pictures were taken, lol. The rally was off to a great start.