June was a Whirlwind

This was a very unusual June for us. We did make it out for a trip down to Galveston Island as you saw in a previous post but after that things got more complicated. We did manage to do some fun things. One day Steve took Cameron for a boys day out and Morgan came over and baked cookies at Grandma's.
﻿ 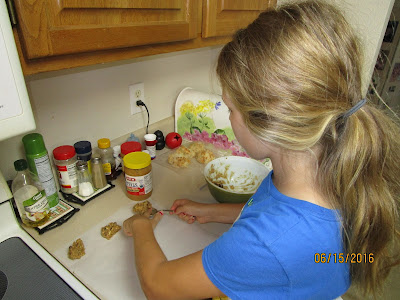 We headed down to the Pearl Brewery Market Days one Saturday. 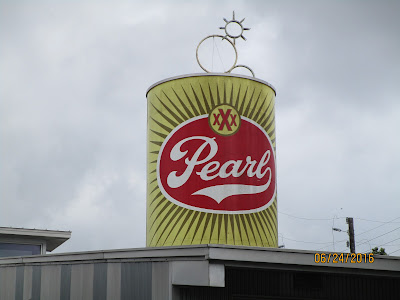 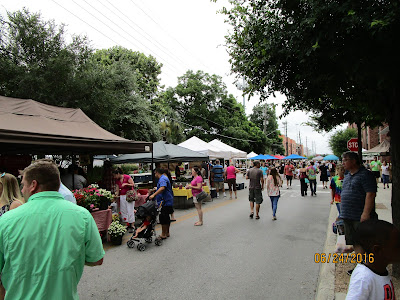 Angus likes to go and "meet and greet" all the other people and dogs. 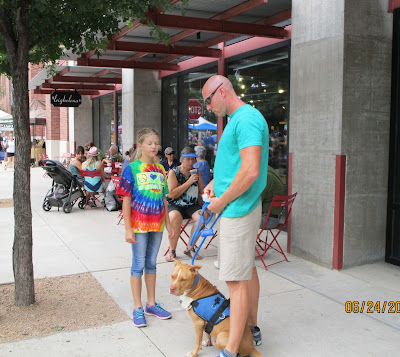 Another day found us "rock climbing" with Team Red, White, and Blue. Cameron scrambles up the rock walls like a little monkey. In case you were worried, it is perfectly safe since they have the proper safety gear and can't really fall far.
﻿
﻿
﻿ 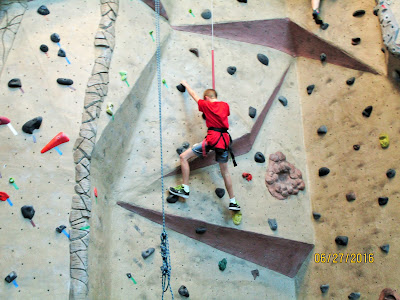 But it still takes courage and strength. 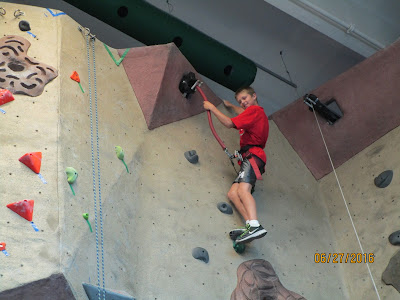 Steve likes to climb too. His size and weight make it a bit harder even though his muscles are stronger. 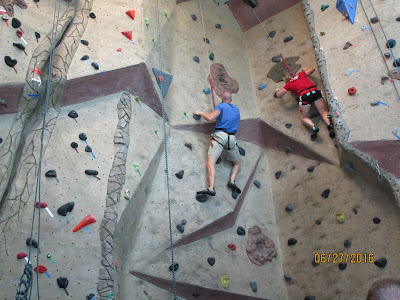 Even Morgan gets into the act. I was just there to take photos. lol 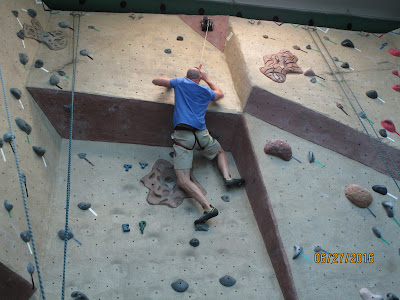 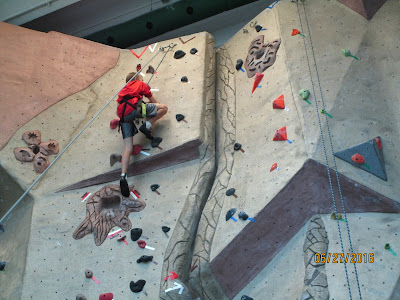 Now the reason why our summer was a little topsy turvy.  Well, DH otherwise known as Dave, had back surgery. He was in the hospital for four days. The initial plan was for him to go to a rehab center but he managed to disqualify himself by being so far ahead of the norm in recovering. The surgeon originally projected three weeks with a walker and then three weeks with a cane but Dave didn't need the walker after he left the hospital﻿ and he used the cane one day. A week after surgery he was walking 1/2 mile and a couple of days later, he was walking a mile.  About a week after that he was walking a mile twice a day.
﻿ 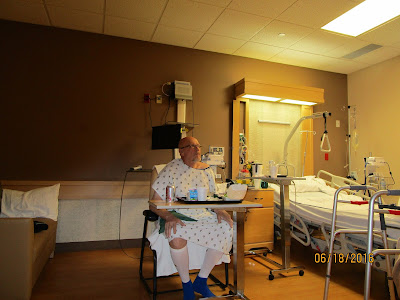 He had three vertebrae fused with pins and a cage put in to replace the missing cushion between the lower two vertebrae. 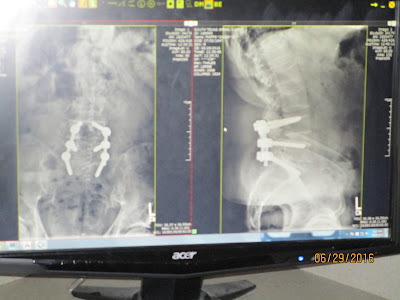 This was right before he had the staples removed two weeks after surgery. The in home physical therapy was a waste of time but he has been going 3 times a week to the Surgical Centers Physical Therapy for two weeks now. He gets a good workout and it lets him know what he safely do or there would be no holding him back. 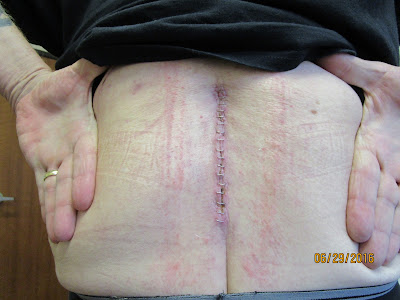 The bottom line for this kind of surgery is that the better shape you are in before you have the surgery, the faster and easier the recovery will be. Dave was walking a mile every night and then doing another mile walking while lifting two 15 pound weights. And yes, being stubborn does have some benefits.﻿
﻿
﻿
by TravelingLongdogs Posted 6/30/2016 04:51:00 PM