We arrived at the RV park mid-afternoon. They quickly checked us both in and we got all set up in our sites. Getting the A/C turned on quickly was key as the temps were rising rapidly. 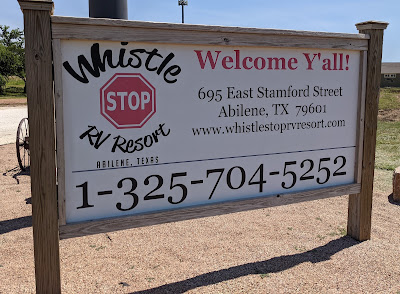 The resort is pretty large. There are quite a few long term guests but the sites are all very neat and well taken care of.....no junk or messes laying around. They have a really nice clubhouse which was reserved for our rally with a sign on the door. The rally room had a very nice kitchen which was spotless as were the restrooms. The manager was really on top of things. One of our members pulled in on Thursday evening and had a problem with her electric. We checked it out and then called the emergency number because we thought there was a problem with the electric. A gentleman arrived promptly to check things out and shortly after, the manager herself came to make sure everything was being taken care of. She also checked to make sure we didn't need anything else in the rally room. 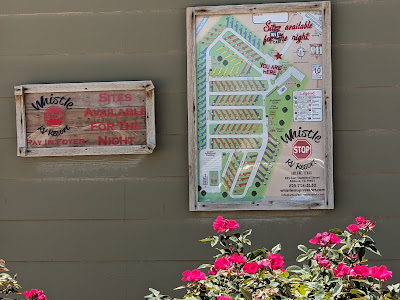 The pool was great. It was a saltwater pool so no smelly chorine and dried out skin. It felt so nice. 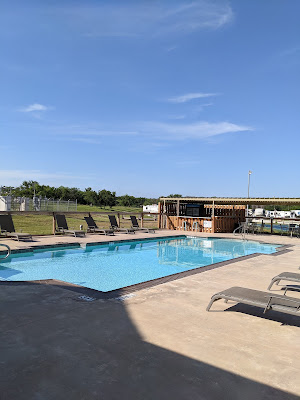 We were busy with the rally but the park had a lot for residents to do. They had horseshoes here and there were lots of other games under the pavilion. 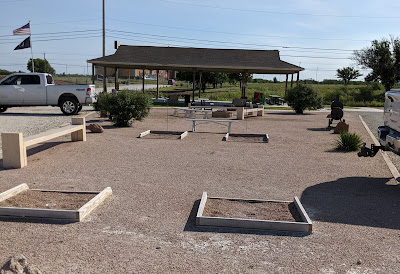 They had a nice dog park that was well taken care of staff and guests. 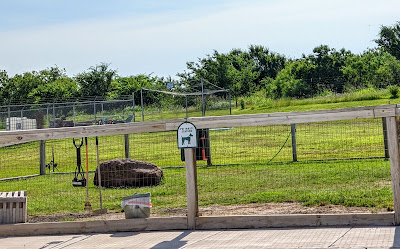 There was a volleyball court and a pickleball court too.

I ended up with a deluxe site.....just luck of the draw. We all had the same rally price. The deluxe part was being on the end and had a fire pit. There were trees but they have a lot of growing to do. Abilene has gotten a lot of rain too so the grass was also green here. It was very hot but my A/C works well. Two of our members were in a pop-up and their A/C went out. Fortunately, a mobile RV tech came and installed a new one. 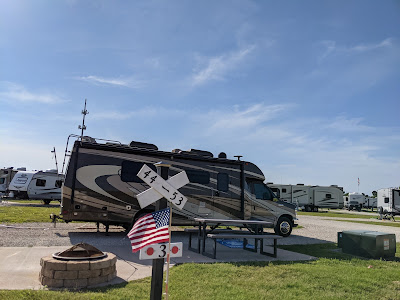 This is Texas so the park even has a horse hotel but there were no horses in residence while we were there. All in all, it was a great park and the manager does a fantastic job of keeping everything running very smoothly. 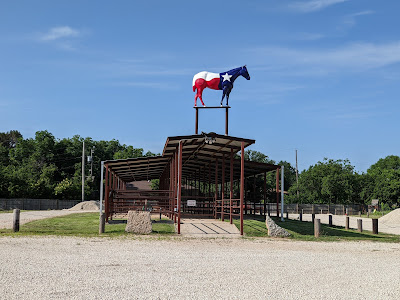