As you can tell from lack of posts, not much has been going on since my hip surgery in February. That progressed okay but kept me from any time on the road. Finally, I was off to a rally but I left home early so I could check out the bluebonnets this year.

I headed up to Fredricksburg since it was on my way to the rally. I checked in to the Oakwood RV Resort. Parking was challenging because, while they have pull-throughs, they are extremely narrow with a concrete island in between. The first site had the neighbor's slideout opened over the picnic table in my site. The second site they gave me was a bit of an awkward angle and I didn't ace it. Right away a guy in the next row came out just insisting that I just needed to back up a few feet and pull in again. I explained nicely that I was pulling a toad and could not back up. After the third time he insisted I should just back up I said....you are in that fifth wheel right? Well, I don't think you want to pay for my tow bar so I won't be backing up. Luckily, I had just enough fractions of an inch to go slowly forward without scraping my tire. I really wanted a back-in site but they only had 30 amp and would not let me use a dogbone to come down from 50 amp.

Next I was off to tour the Willow City Loop, one of my favorite drives. unfortunately, it was almost totally devoid of bluebonnets or any wildflowers. I should have mentioned that Fredericksburg had flashing signs on the roads leading in to town about severe fire danger. It was beyond dry there. 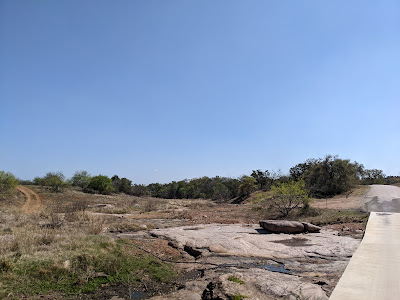 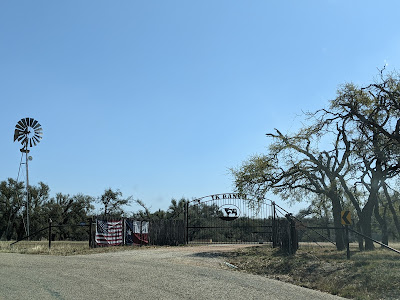 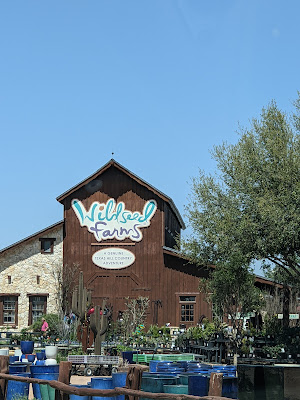 While their normal flower fields were pretty barren, they did have one field that was obviously planted and watered well where you could see bluebonnets. 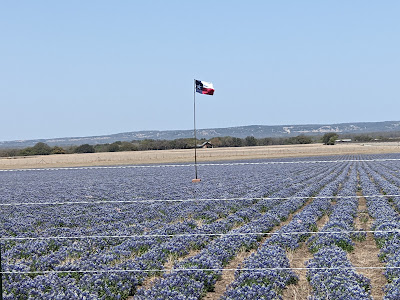 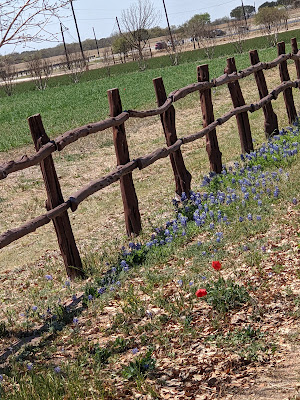 A few brave flowers poked up around the fence posts. 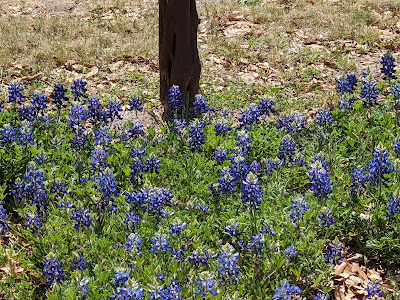 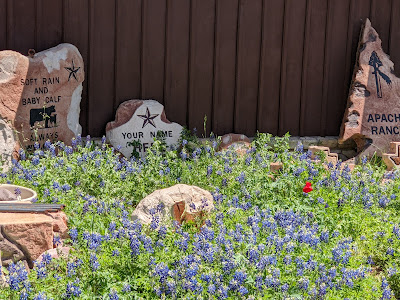 Otherwise, bluebonnets were limited to decorations. 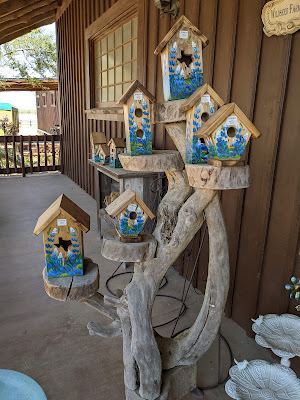 It was pretty hot so Harley napped in the RV with the generator running while I toured but he did get out to sniff a few flowers before we left. 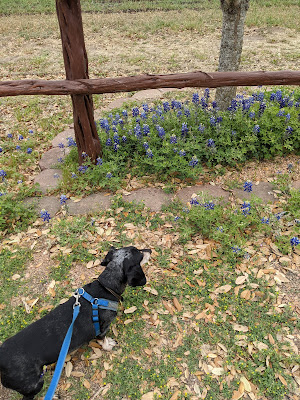 Hopefully the Texas Hill Country will get some good rains soon to help with the drought and next year will be a better year for bluebonnets.
by TravelingLongdogs Posted 4/10/2022 05:12:00 PM