We were invited to a barbeque held by our neighbors this year to celebrate Memorial Day.  Almost everyone from our cul-de-sac came in addition to several neighbors who live behind them.  Many of us are military or retired military families so the day is especially meaningful.  We had kids from college age down to three years old but there were about the same number of adults as there were kids.  Some of the neighbors were new and the ones from the street behind us we had not met so that was really nice too.  Carolyn and Kevin fixed ribs, someone brought some hamburgers, there were hot dogs too. 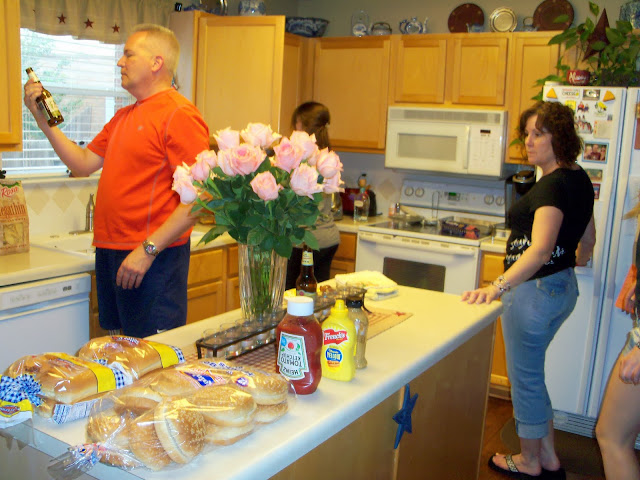 A wide variety of side dishes and appetizers also showed up.  For dessert, Carolyn also made a cake and had ice cream.  Nobody went away hungry for sure. 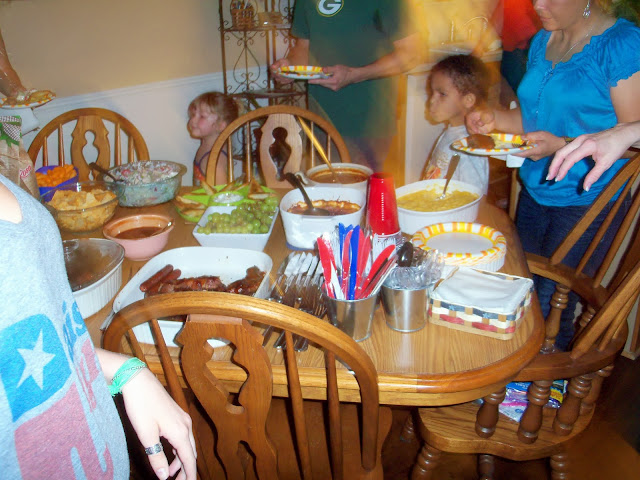 The kids had a ball in the pool all afternoon and early evening.  They only came out to eat.  At first they played individually because they didn't all know each other but later on there was lots of laughter and tag going on. 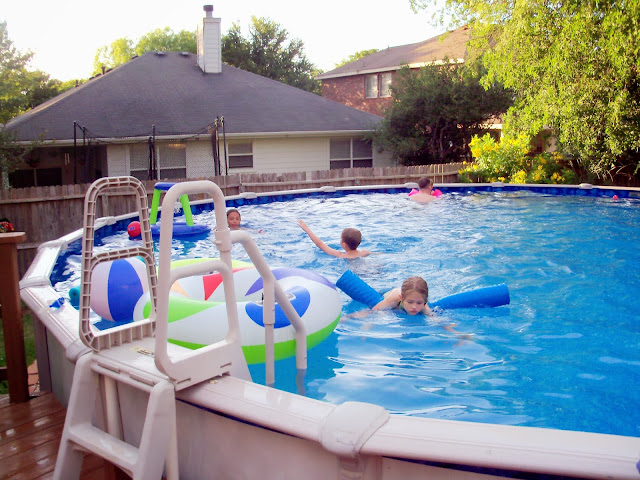 Kevin gave a wonderful prayer before dinner so that all the kids understood the meaning behind Memorial Day and why we celebrate it.  Everyone had a great time.
by TravelingLongdogs Posted 5/27/2013 10:13:00 AM