A Day at the Races

I'm a little behind on posting this because I couldn't get to the few pictures I had.  Every year for the last 18 years in Buda TX, they have the Weiner Dog Races in April. The Buda Lions Club sponsors the event and it is very popular. They have bleachers on two sides of the track and the third side is a hillside where people bring blankets or chairs to watch. They start the first heats on Saturday and continue on Sunday with the finals in the afternoon. They also have a parade on Saturday where you will see all sorts of dachshunds dressed to the nines. We didn't get to see that this year but we did go on Sunday. 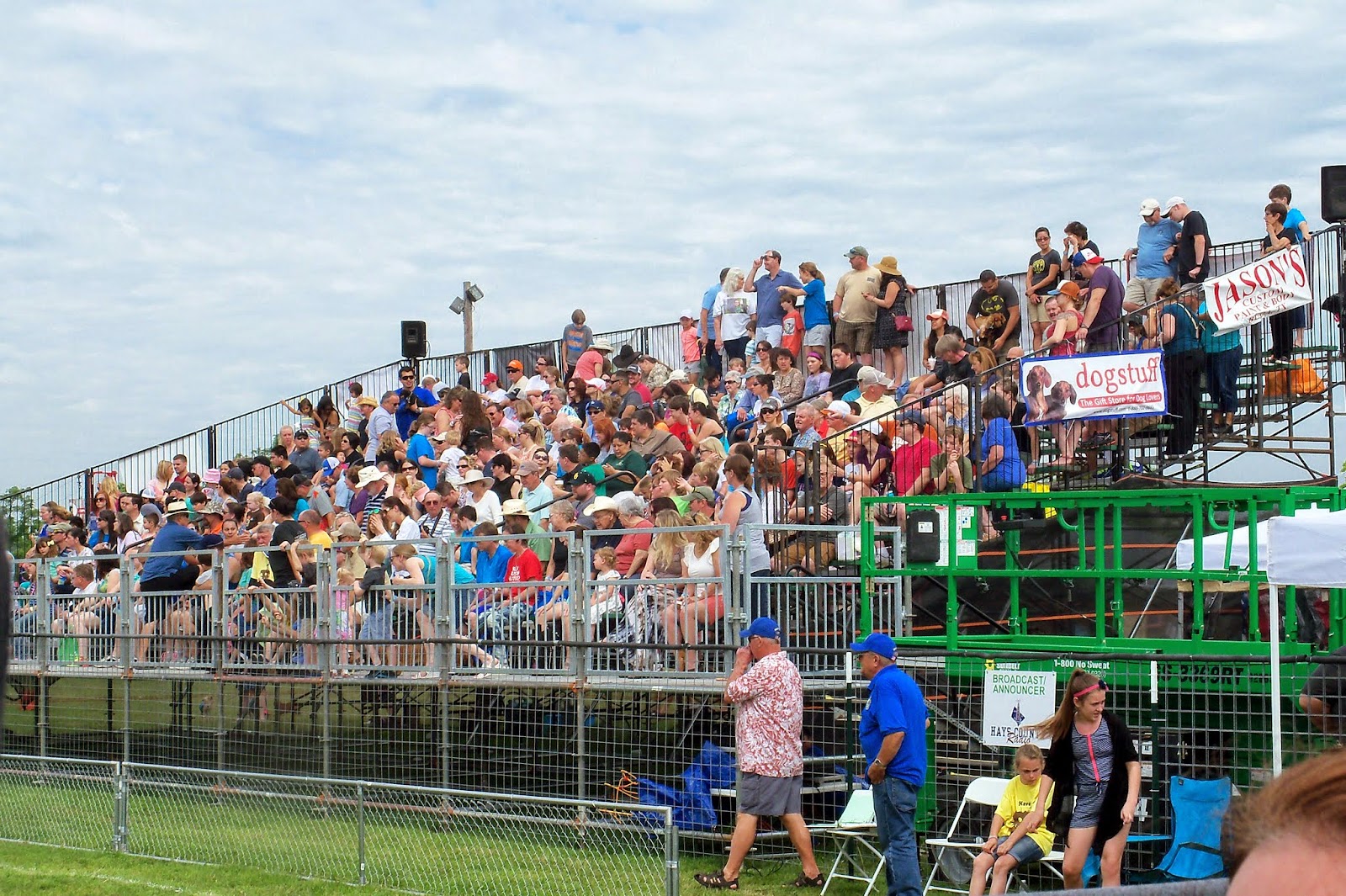 My pictures aren't that great but you get the idea. Some people take this very seriously and they train for the event. Some just enter their dogs for the fun of it. They start behind the gate at the end and the owners stand at this end with a toy or treat or whatever they think it will take to get their dog to race down to them. It can be hilarious to watch as some dogs head out like greyhounds stretched to the max and fly down the track. Others saunter down like they are parading for their fans. Occasionally, one or two will wander around at the starting gate and their owners have to go get them.

The guy in the lead in this heat looks pretty serious. 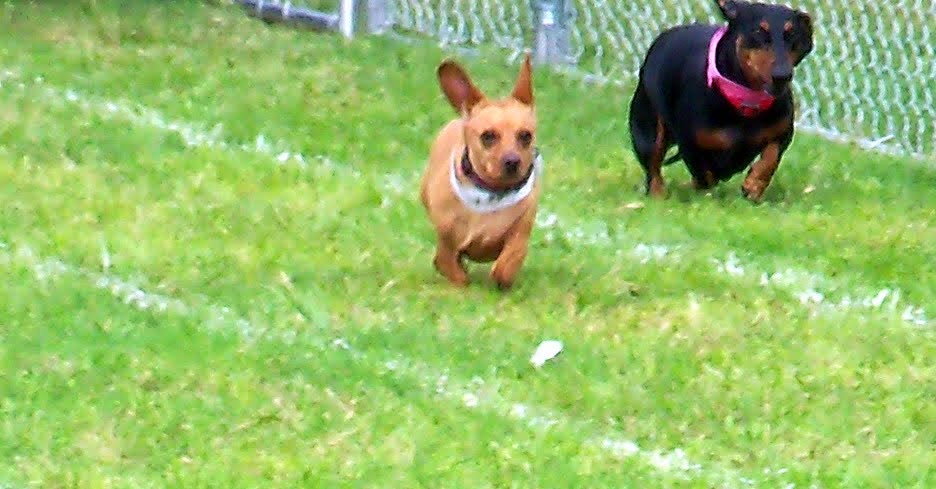 This is not Harley....it is a little girl who was at the end near the finish line. It was absolutely hilarious because every time one of the heats took off, she would bark and howl and stick her head through the fence like she was the head cheerleader. Everyone around us was laughing hysterically at her antics. She was having a ball even though she was not racing. 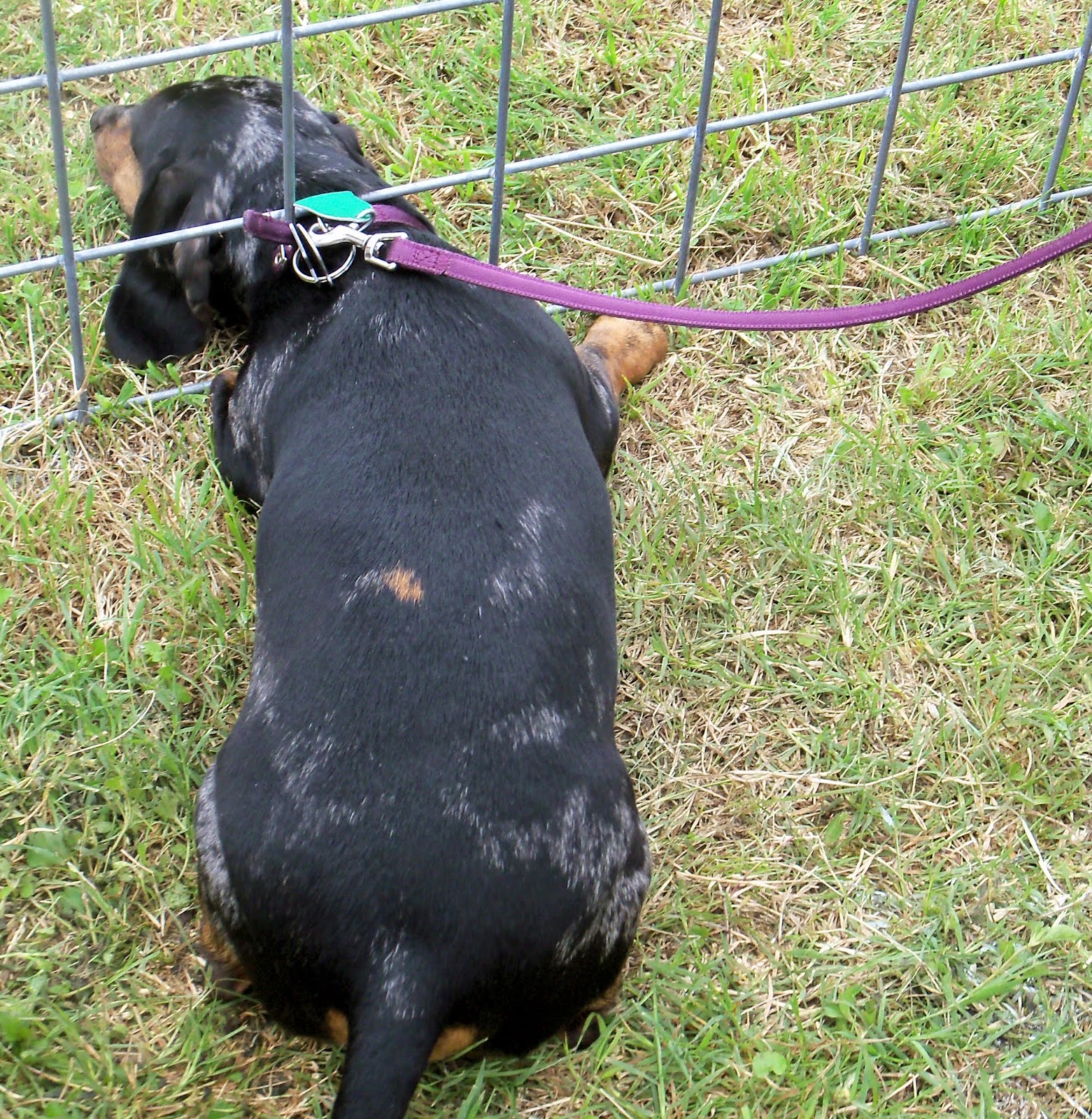 There are hundreds of dachshunds walking around the grounds and booths selling all kinds of things both dog related and not. You will see about every type of dachshund there is. Of course, some people think they need to bring their other breeds too but it really is Dachshund day.﻿
by TravelingLongdogs Posted 4/25/2015 04:32:00 PM