On To Potter's Creek TX

Thursday morning we headed out Park Road 4 toward Burnett and then on down Hwy 281 towards Potter's Creek.  Birdie led the way in "Suite Pea" closely followed by "Herbie".  The Traveling Longdogs were sawing logs as soon as we got on the highway. 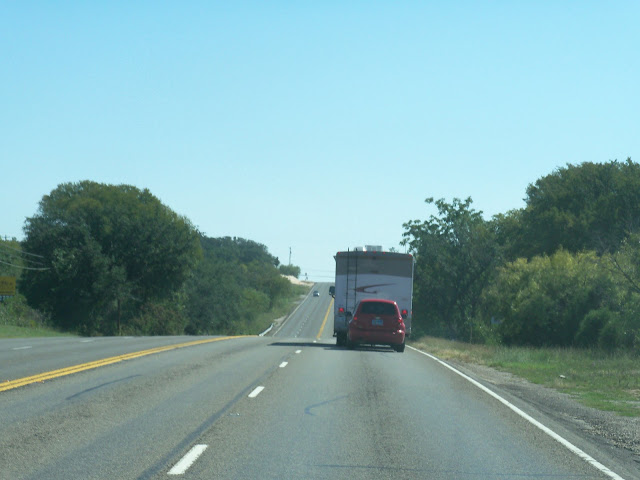 An interested crowd gathered to watch while I backed the 5th wheel into our site at Potter's Creek.  The doxies love to watch the deer, especially Willy, and they rarely bark at them.  We had to check out a couple of sites because some of them really need to have branches trimmed unless, of course, you want to sit out in the open at some of the sites you can see in the background.  Lots of the big motorhomes like those for the clear satellite positions. 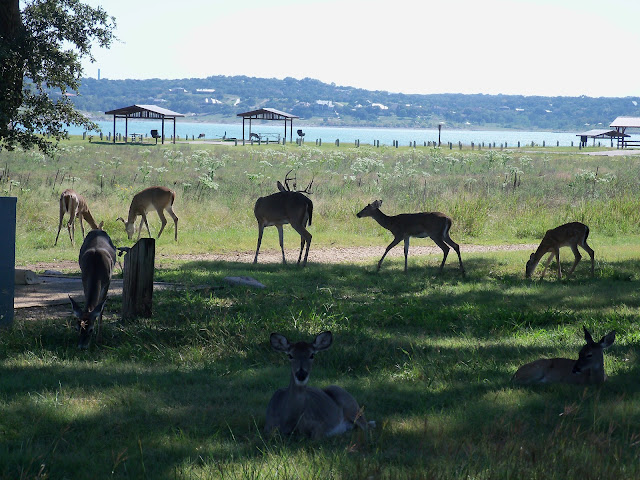 Birdie was already settled into her favorite site by the time I was parked.  And several friends that spend a lot of time at Potter's Creek were awaiting her arrival back from Alaska.  I checked out her motorhome and car and there wasn't a ding anywhere and she hit most of the roads in Alaska whether paved or not. 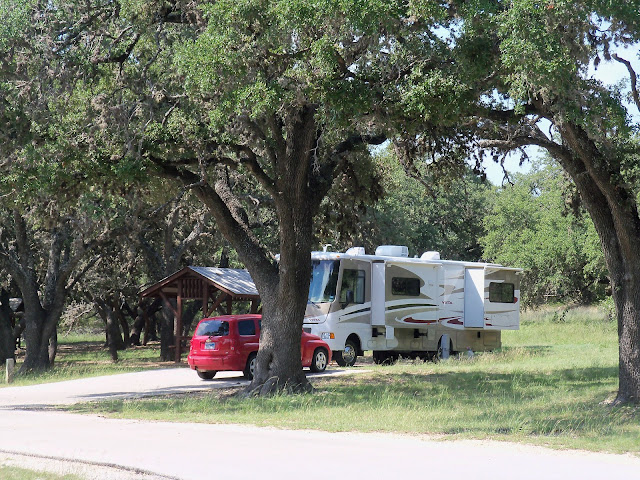 Here we are all nestled in for the night.  Yes, it's true.  I have to head home tomorrow. 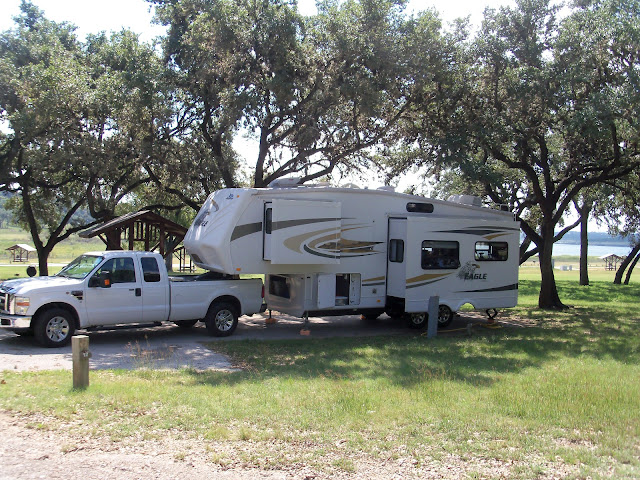 We grilled a couple of steaks and toasted a good trip with a couple of glasses of wine.  Of course, the doxies took us on several great walks too. 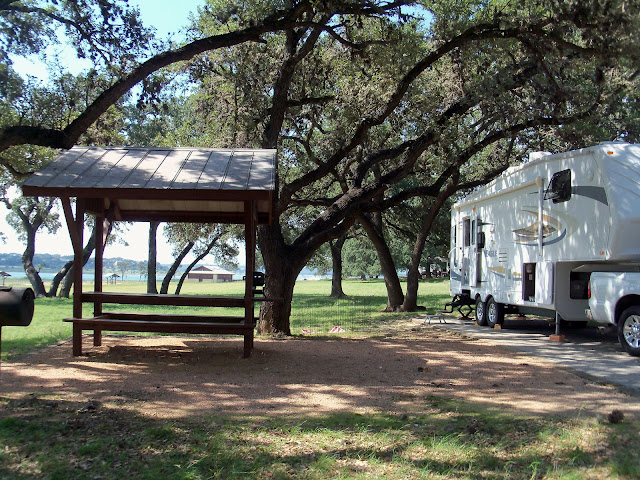 Note:  I ended up not leaving until 4:00PM on Thursday.  My son flew in from Florida in the morning but they were repaving in our neighborhood so my DH called and said not to come until late afternoon because the roads were all blocked.  The gate hosts were gracious enough to extend my departure time from 2:00 to 4:00PM.  Doesn't hurt a bit to have Birdie for a friend as they all know her.  Picking up the grandkids on Friday night so it will be a busy weekend.