Is It Time for Lunch? Or Is It Another Birthday?

Birdie let me know she would be heading up from the RGV and arriving on Thursday afternoon on her way west. With only a couple of days in town plus the need to fit in some RV repair, some work on her car, and a computer fix, it was a squeeze to pull everything together for lunch with RV friends in the area. Thursday morning I gave the group a heads up that it would be Friday or Saturday depending on appointments for work to be done and everyone said "just let me know".  Women who RV are generally pretty flexible....you know, all those "jello" plans.

Birdie showed up for her appointment at Texas RV Supply first thing in the morning with her list of items to be worked on. They got her all fixed up and on her way about 11:00. Of course, some of the speed was because several items on the list decided to work all on their own when the technician gave them a try. Isn't that always the way?

Cheddars gave us a great table in the back, lunch was wonderful, and conversation was even better. 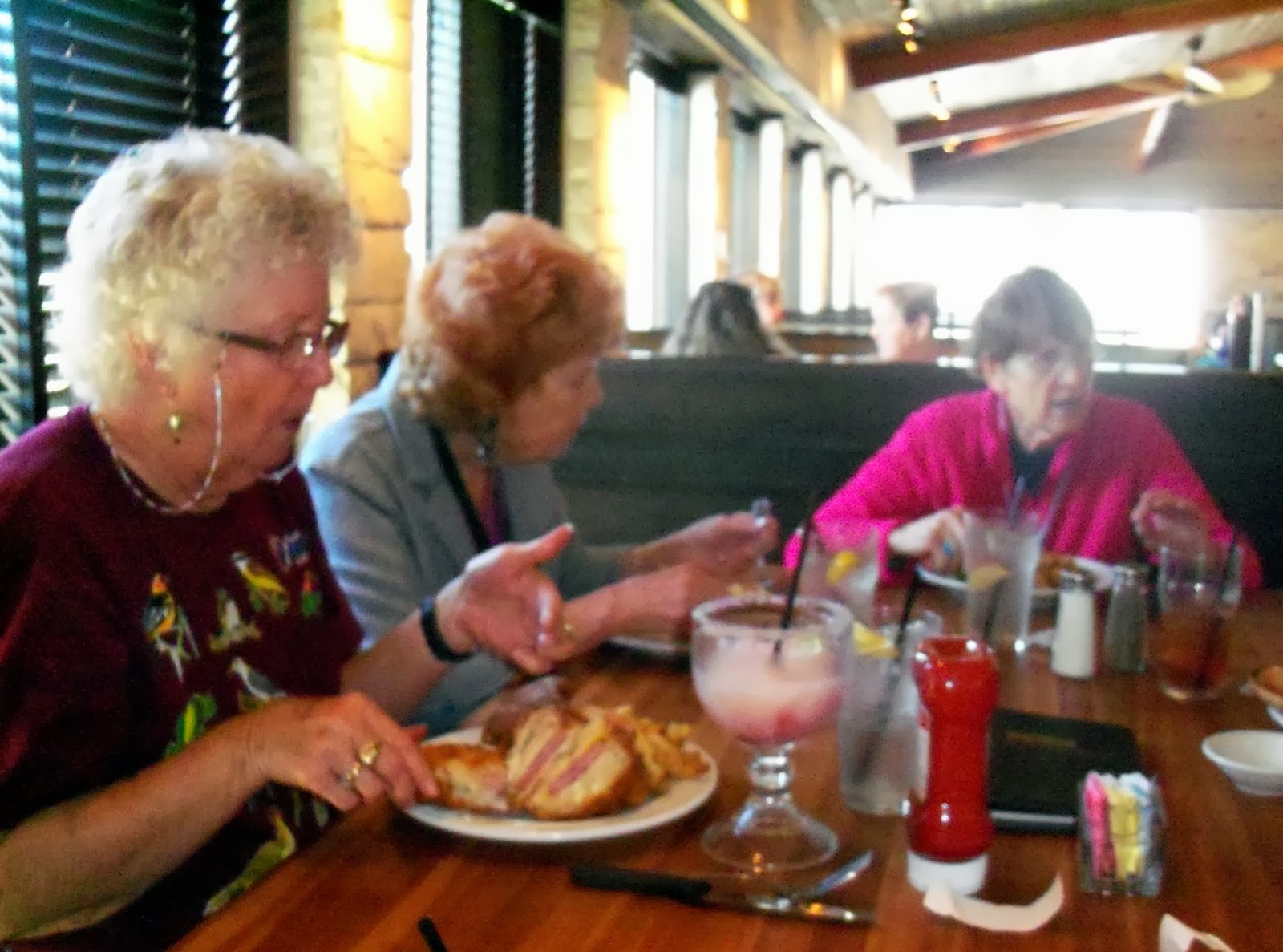 We talked about Mary Jane's month in Florida...she got held up on her return when the Atchafalaya Basin Bridge in southern Louisiana was shut down for several days for ice. Diana just returned from a trip to her other home in Cali. Birdie spent several months in the Rio Grande Valley (RGV) and I just got back from RGV and Corpus Christi. 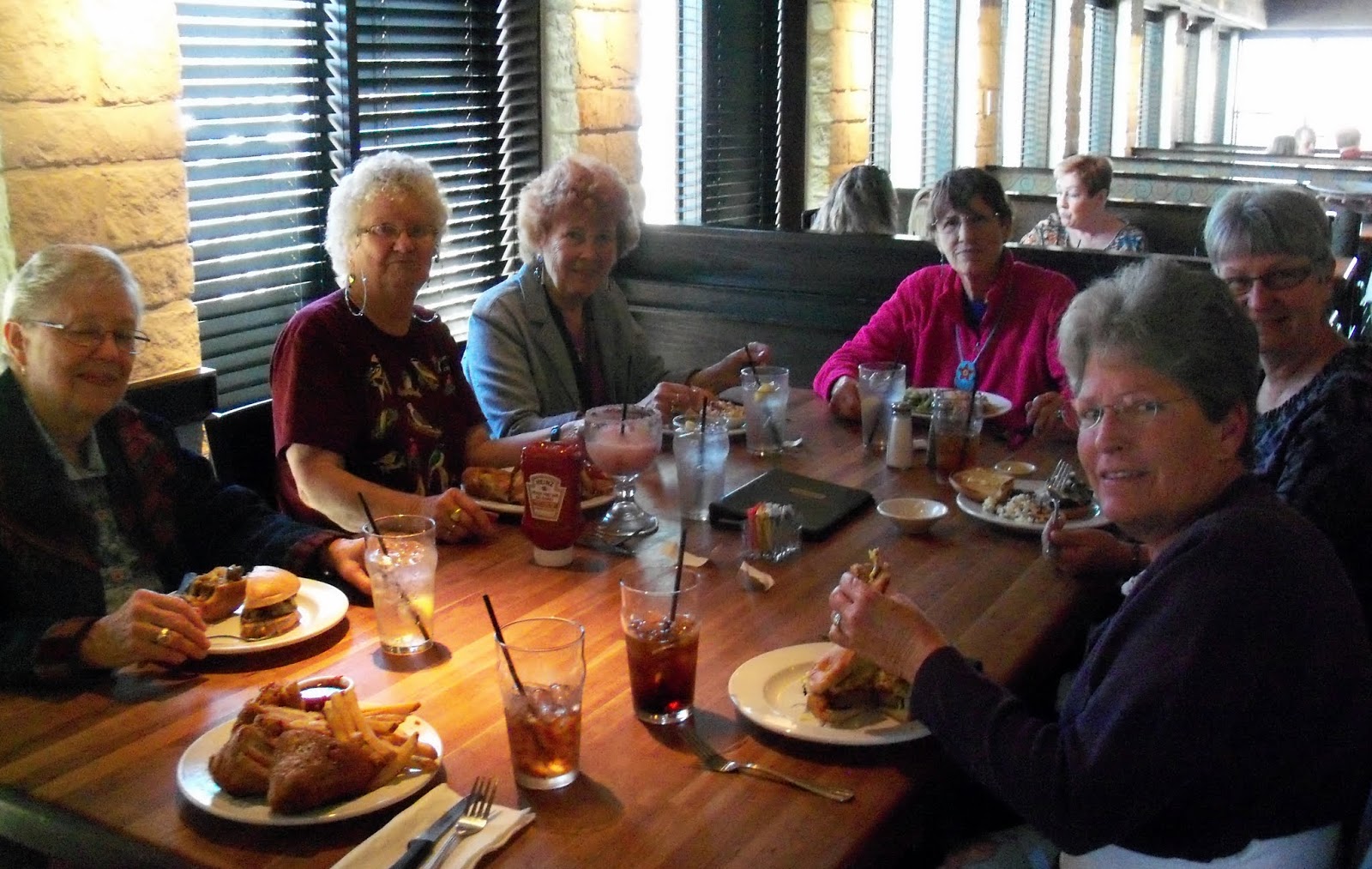 Georgia and Margareta are nearly recovered from knee replacement surgery in December. And Vicki is still recovering from surgery on her shoulder. 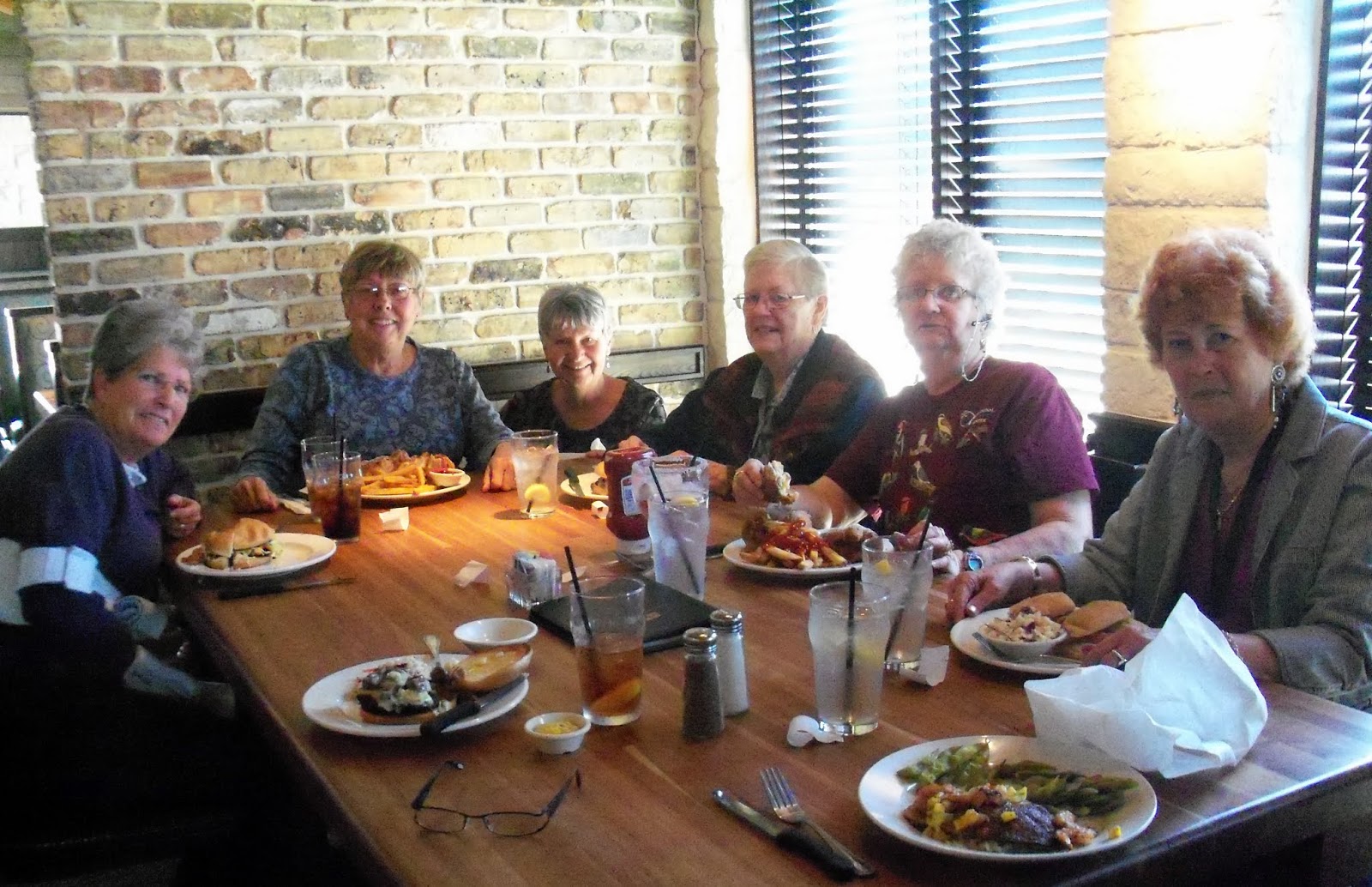 Then we moved on to what's up next. Birdie is heading west for a sweep through the southwest, west, and northwest that will last for most of the summer. Diana, Mary Jane, and I will be heading to Galveston for a Pink FlaminGoes Get Together the beginning of April. Margareta will be heading to Cali in June and Vicki is having a new RV built this summer.  Georgia has some summer trips planned too. And that is just what we know about right now!

Several hours later we all headed out our separate ways. Saturday Birdie had her car at the repair place at an early hour. She picked me up at 11:00 and we headed to west San Antonio to have a friend of a friend work on her back-up computer. Her battery was wedged in wrong and wouldn't hold a charge. Luckily he was able to get it out and it is back to working fine.

After hugs goodbye and see you soon, I waved Birdie on her way.

The Grandkids arrived to spend the evening with us. It was great to see them again. I missed their last visit because I was down in the RGV. We watched some movies, had spaghetti and meatballs, and caught up with each other. It was really nice.

Sunday was my "second" birthday. The kids like to celebrate everyone's birthdays so sometimes we have to work around visiting schedules. This party was a surprise for me. Morgan made me a fantastic birthday card that she thought of and did all on her own without any help at all. Cameron made me one of the very popular rubber band bracelets. He and his Dad found the pattern for this one on a u-tube video and followed the directions to make it.  Pretty neat. 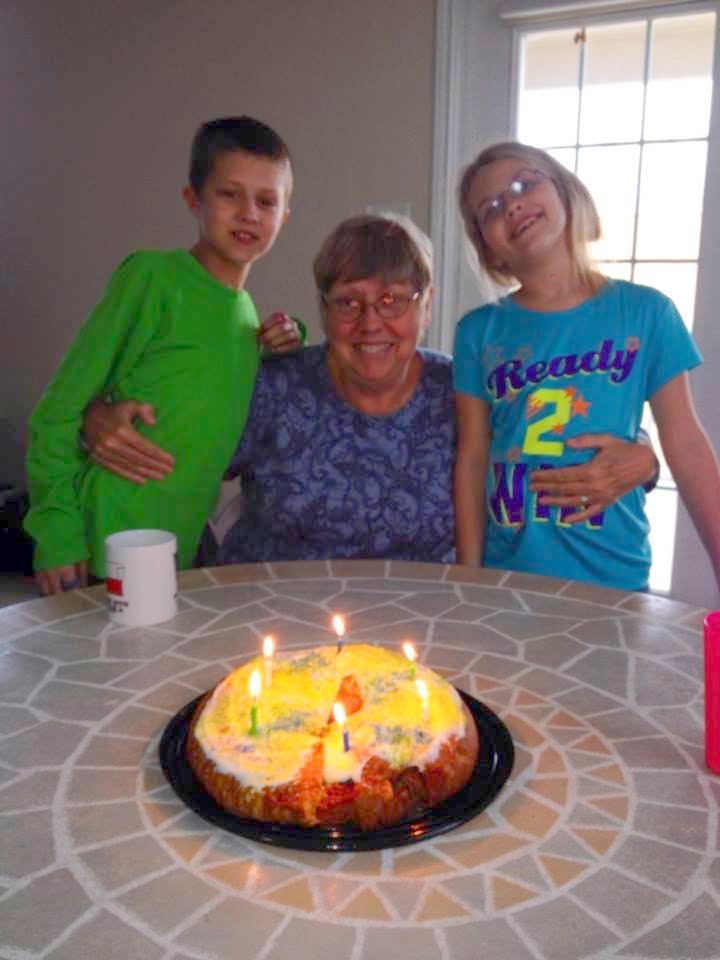