On the Road to Galveston

Everything was packed and ready to go last night except for the dog crates and the computer so getting ready to pull out was pretty easy. The Traveling Longdogs were more than ready to head out on the road again so we were off at 0730. We took the back roads to I-10 hopping on at Seguin.

The GPS was determined that we would head down I-10 to Houston and then go south on 45 but we had other plans. I had routed my way south through the country on Google maps. I knew the route started through Gonzales but didn't check the Google map until Luling. Hmmmm, the first page of the Google map is missing! I was already through Luling when I pulled out a trusty paper state of Texas map and I realized that I should have turned south there. No problem.....just took the next highway south. There were some lovely bluebonnets and indian paint brush along the way. 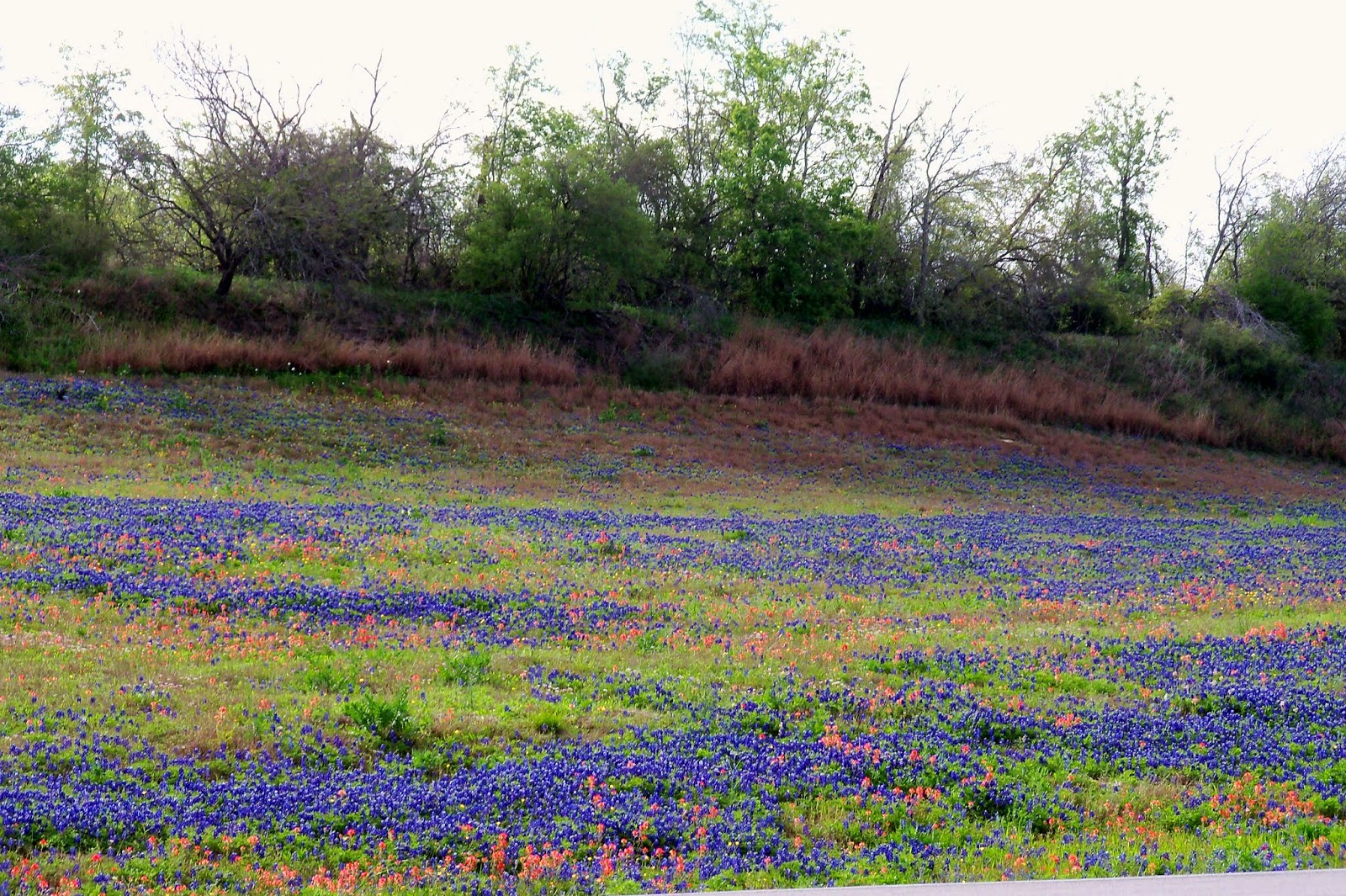 My GPS was fighting me all along the way. I must have gone 35 miles with the GPS showing "Make a U Turn".  Then all of a sudden I realized that I would really have been tearing my hair out if the GPS had also been shouting "Make a U Turn" at me.  No voice! I pulled over to check it out....hmmmm....it wasn't on mute. Then I went into the settings and all of a sudden the GPS started speaking Japanese. Checked the settings again. The text and writing were both set on English. What! There was no English choice on the list of languages. I spent almost four years in Japan but that was over 35 years ago and I am more than rusty. Oh well....when she started jabbering, I just looked at the GPS to see what was written and headed on out again. It was an interesting route with lots of farm to market road changes but the roads were just fine.

Some time later we sighted water! 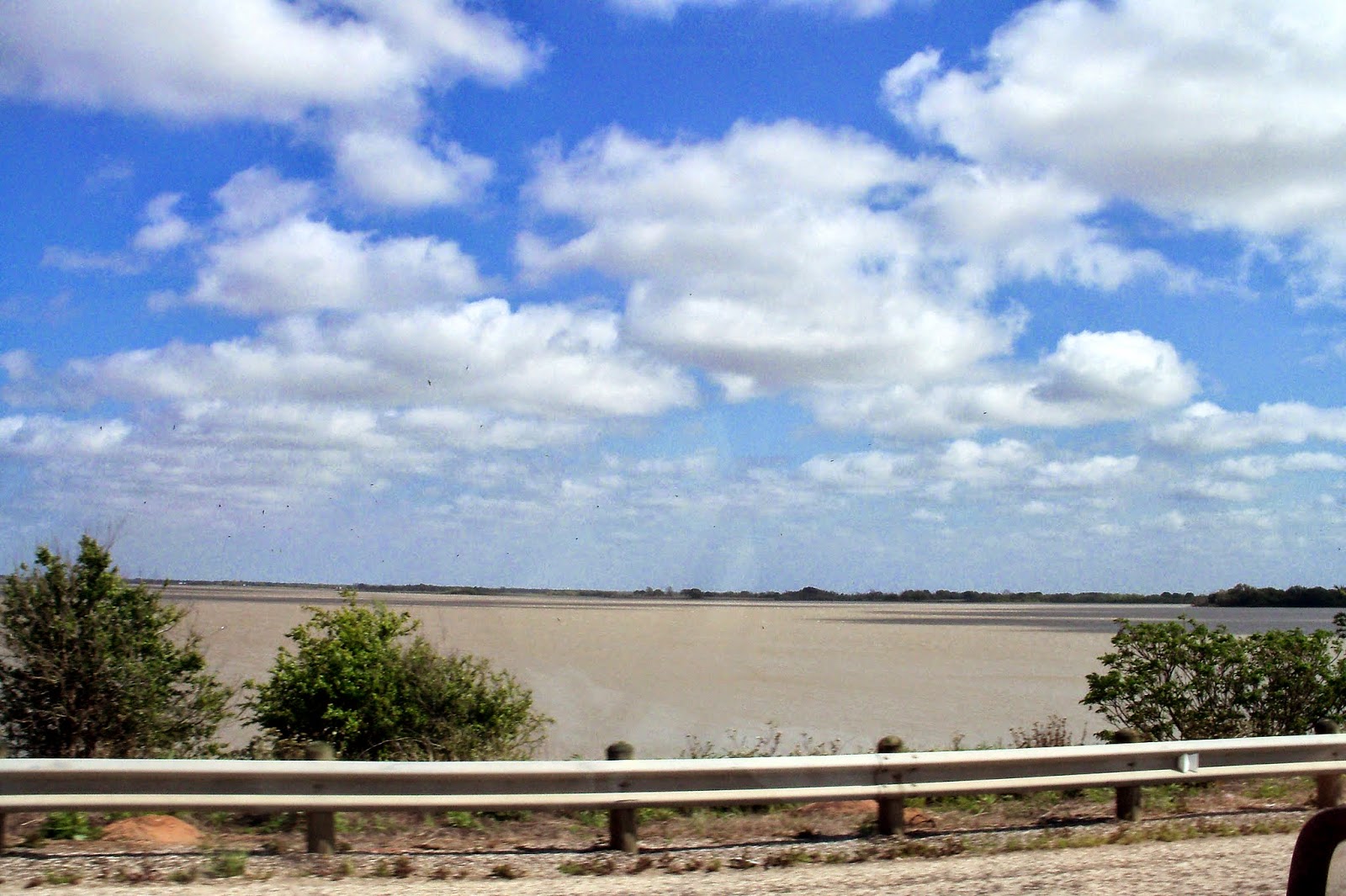 And then our first bridge came in view. 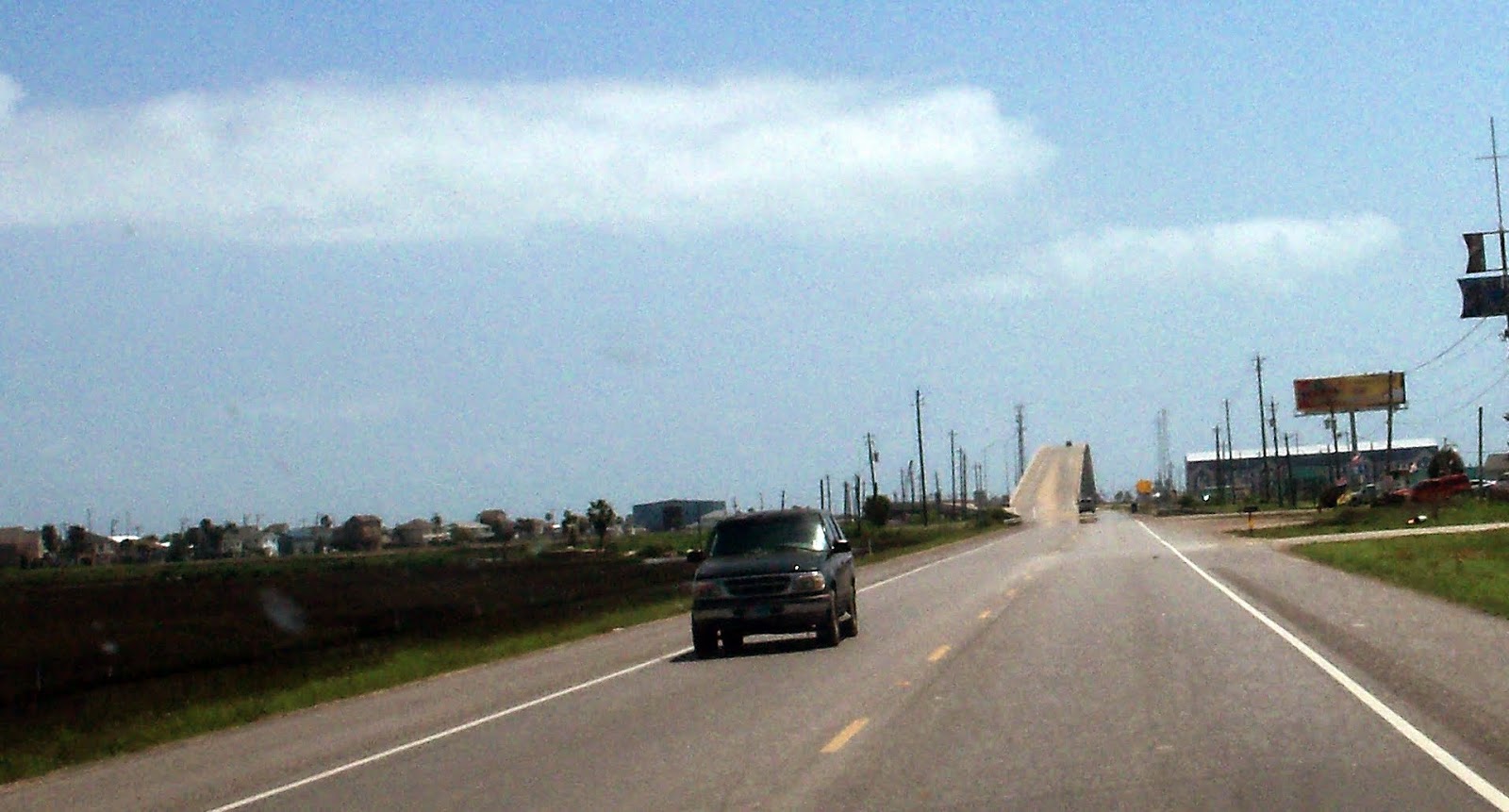 Next came the toll bridge leading to the Blue Water Highway. Getting close!

The toll booth ($2.00) was on the far sight of the bridge. I wish I could have gotten a picture. There was very little room on each side of my RV but the funniest part was when I tried to pay the toll. The window was straight down below my truck window....way down below the window. I couldn't reach it leaning out the window so I finally had to pull forward enough to open my door and reach down to hand the guy the money. I think the opening in the window is less than 2 feet from the ground. 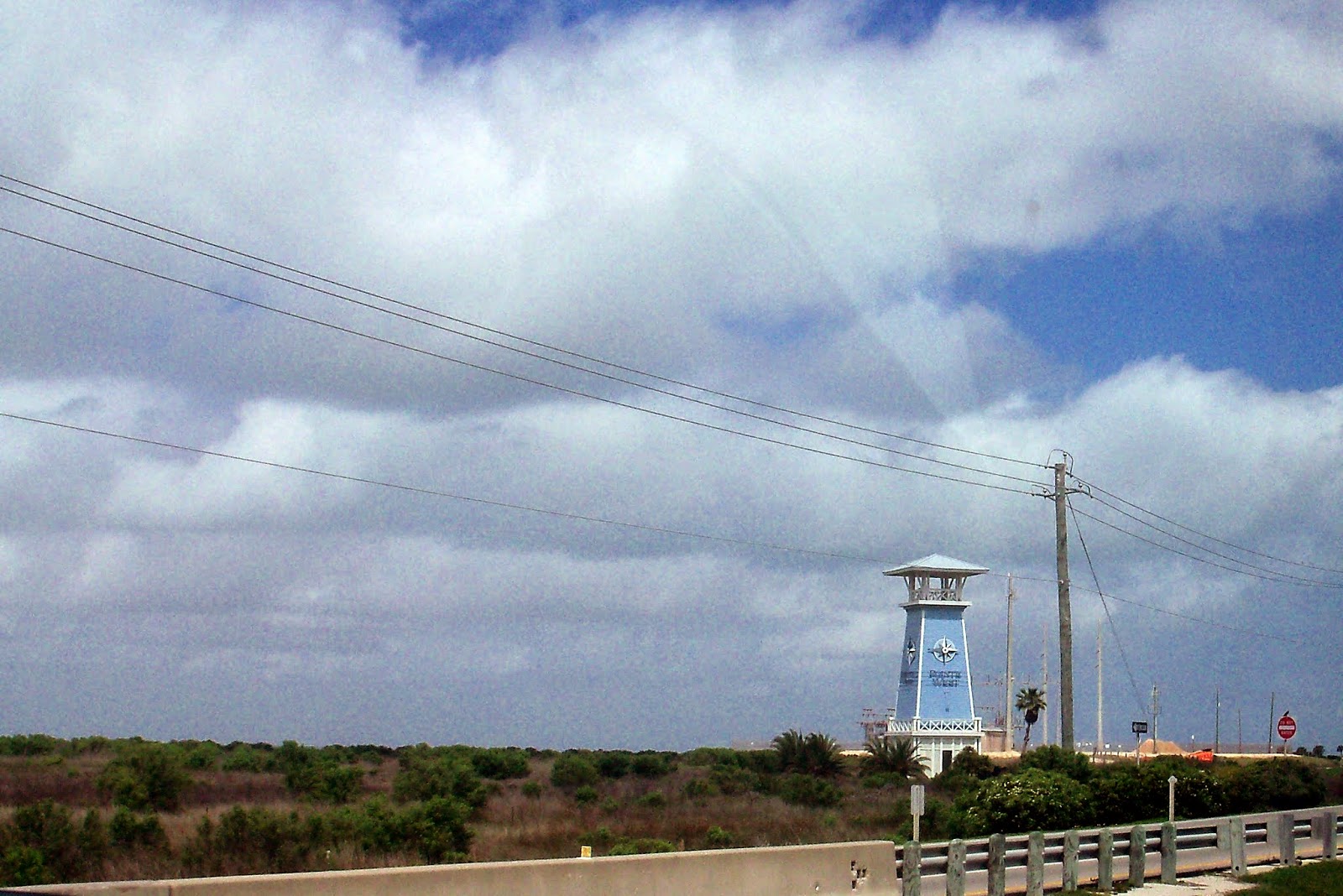 There is the Jamaica Beach RV Park in the distance. Can you see the horses crossing the highway heading to the beach? 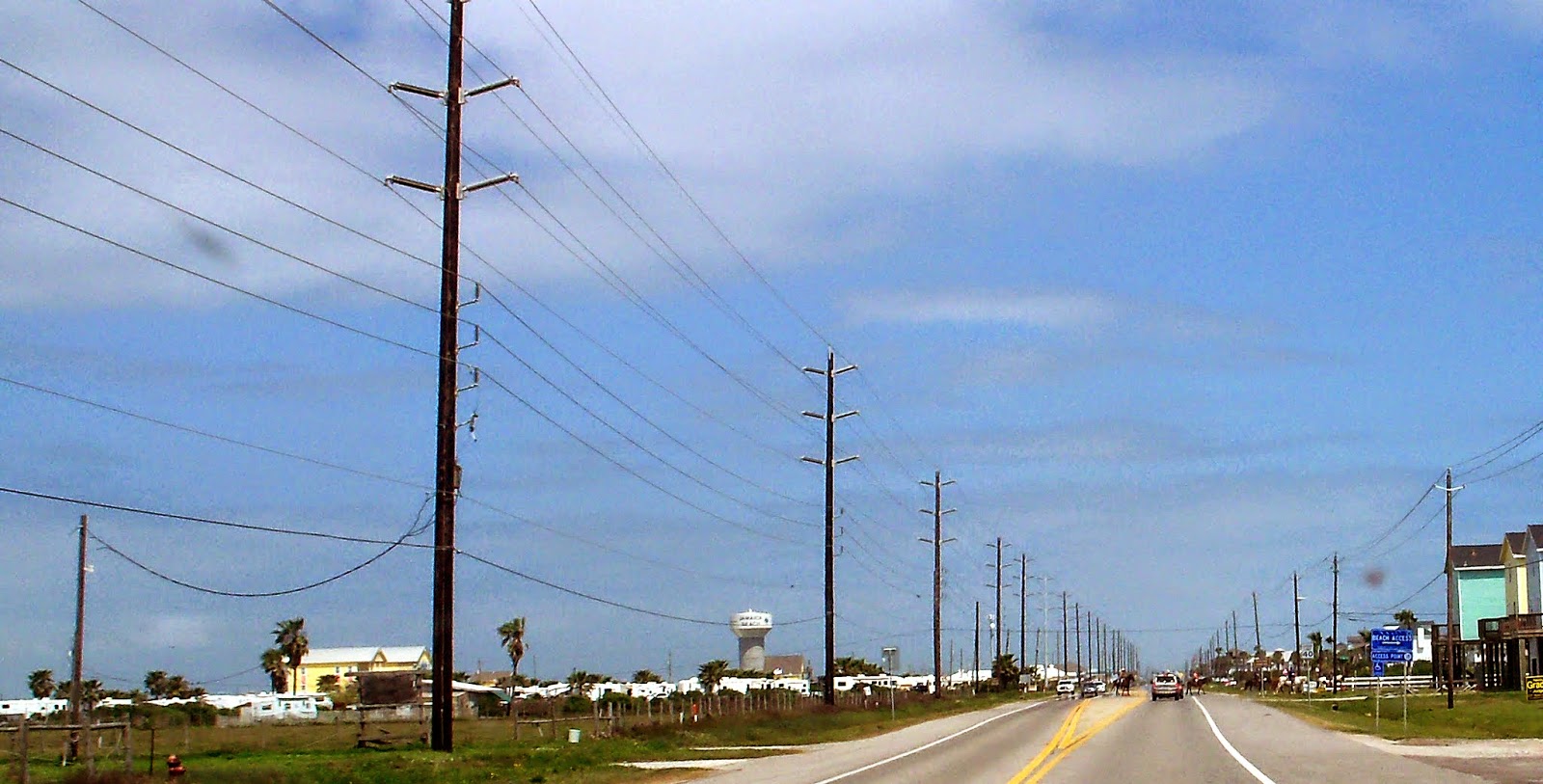 Nice beach houses all in a row up on their stilts.

Almost all were built like this after Hurricane Ike which wiped many out. This way the water can flow through beams. 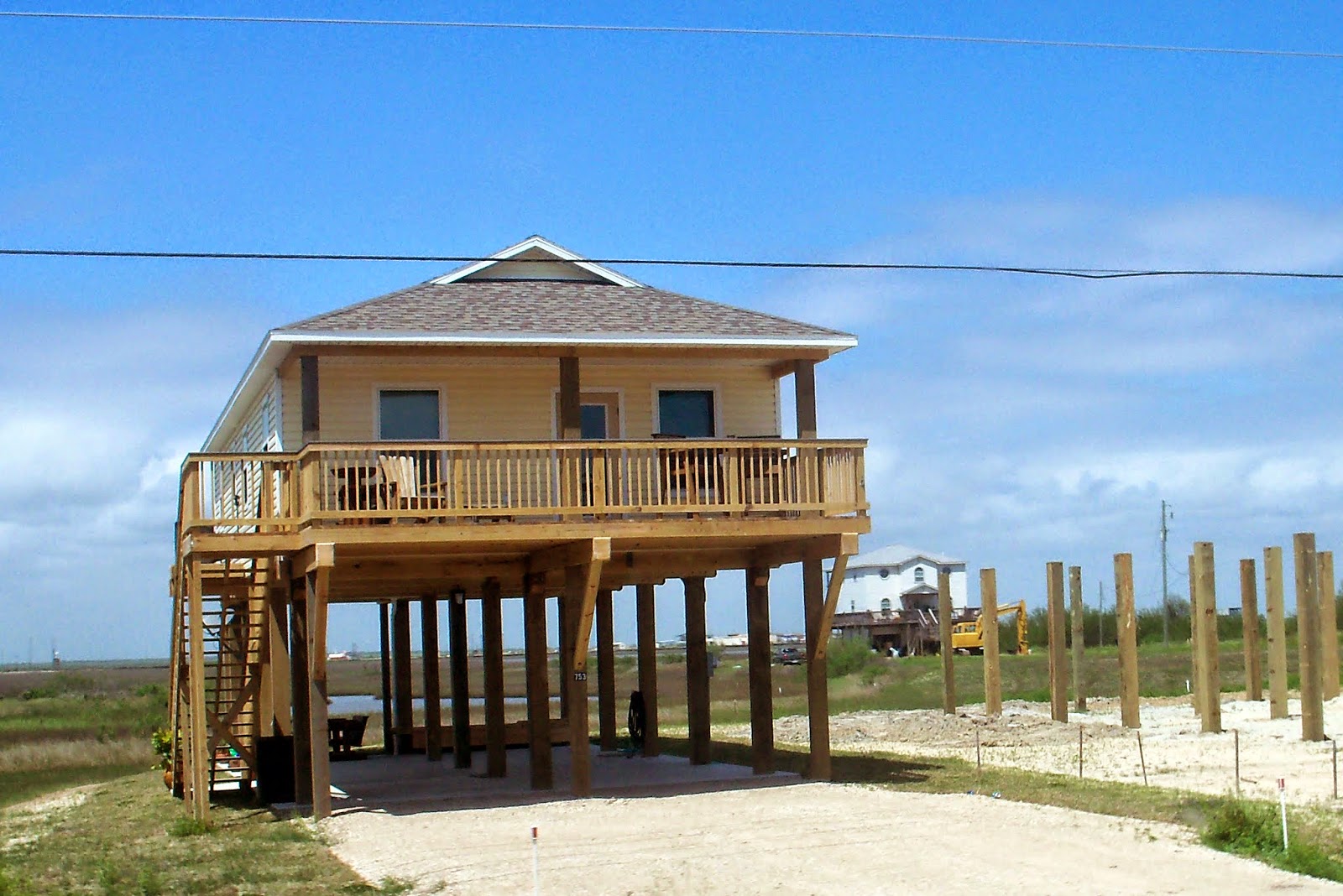