Ahhhh, Spring Break is in the air. Six Flags is open. It's going to be a beautiful warm day. Should be perfect to go to Six Flags and get some use out of those annual passes. Right??

Getting there was interesting all by itself since La Canterra Parkway was blocked off. No accidents in sight, no construction, what's up with that?  Traffic was backed up for some distance and it was slow going. A couple of vehicles pulled off I-10 to cross over to the frontage road and were promptly caught by an unmarked police van. Bet that is going to cost. We had to go on past the exit to the next one and drive for a ways before we could cross over the highway and back track.  Never did see any reason for the exit being blocked off. Looked like a money making event for the city coffers. Finally made it to the parking lot.....wow, it is really big and very full. It was a hike just to get to the entrance where we had another wait to get through security and then through the check in line. 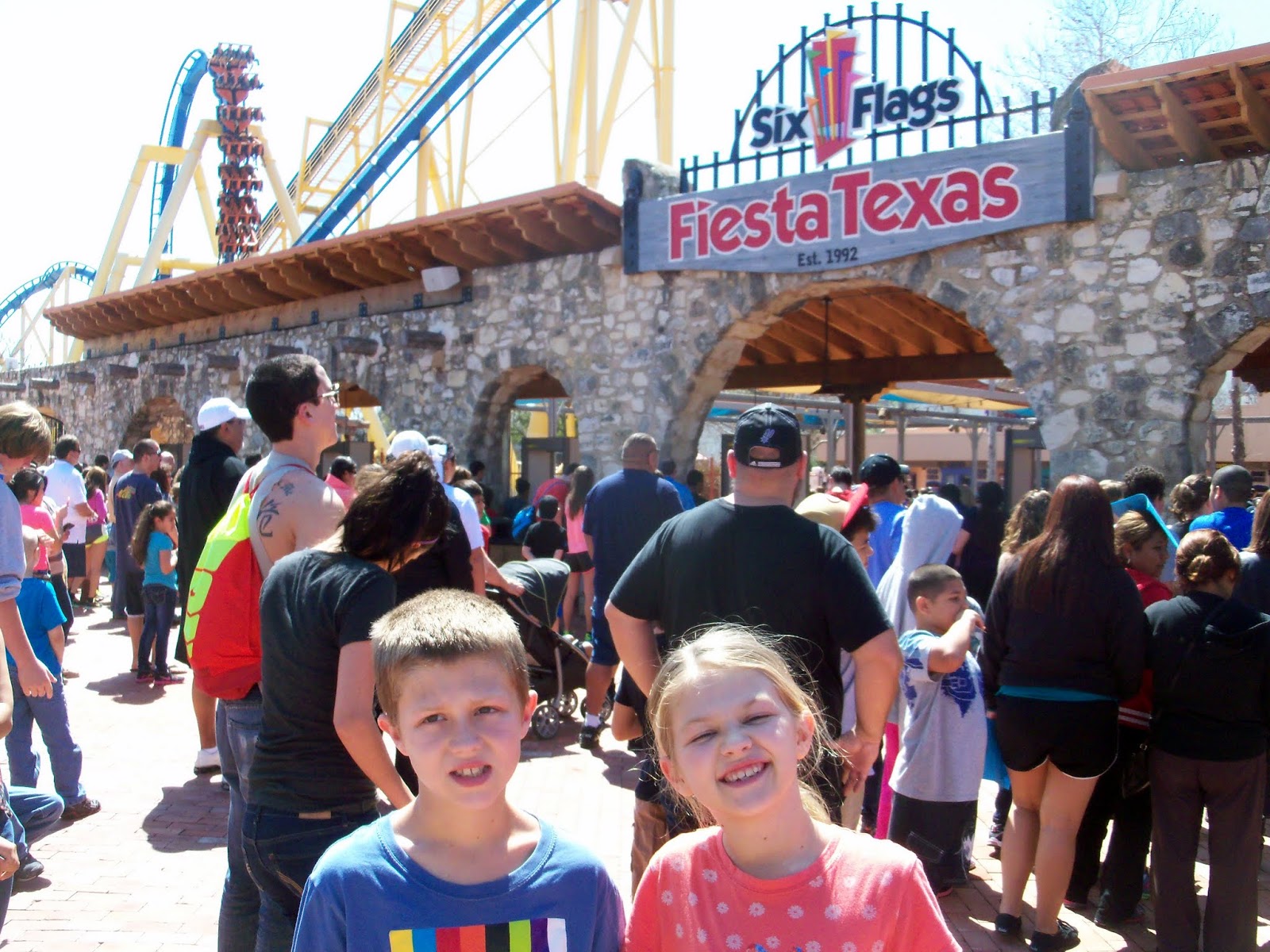 Steve and Cameron were headed for the Iron Rattler. Not much sense in Morgan and I just sitting there waiting so we headed out to find the more mundane rides as we are not thrill seekers. First stop, the WhistleStop Train Station. Morgan kept asking if she was going to get wet or if there were hills.  No sweetie, you will like this ride and we will get to see the whole park. 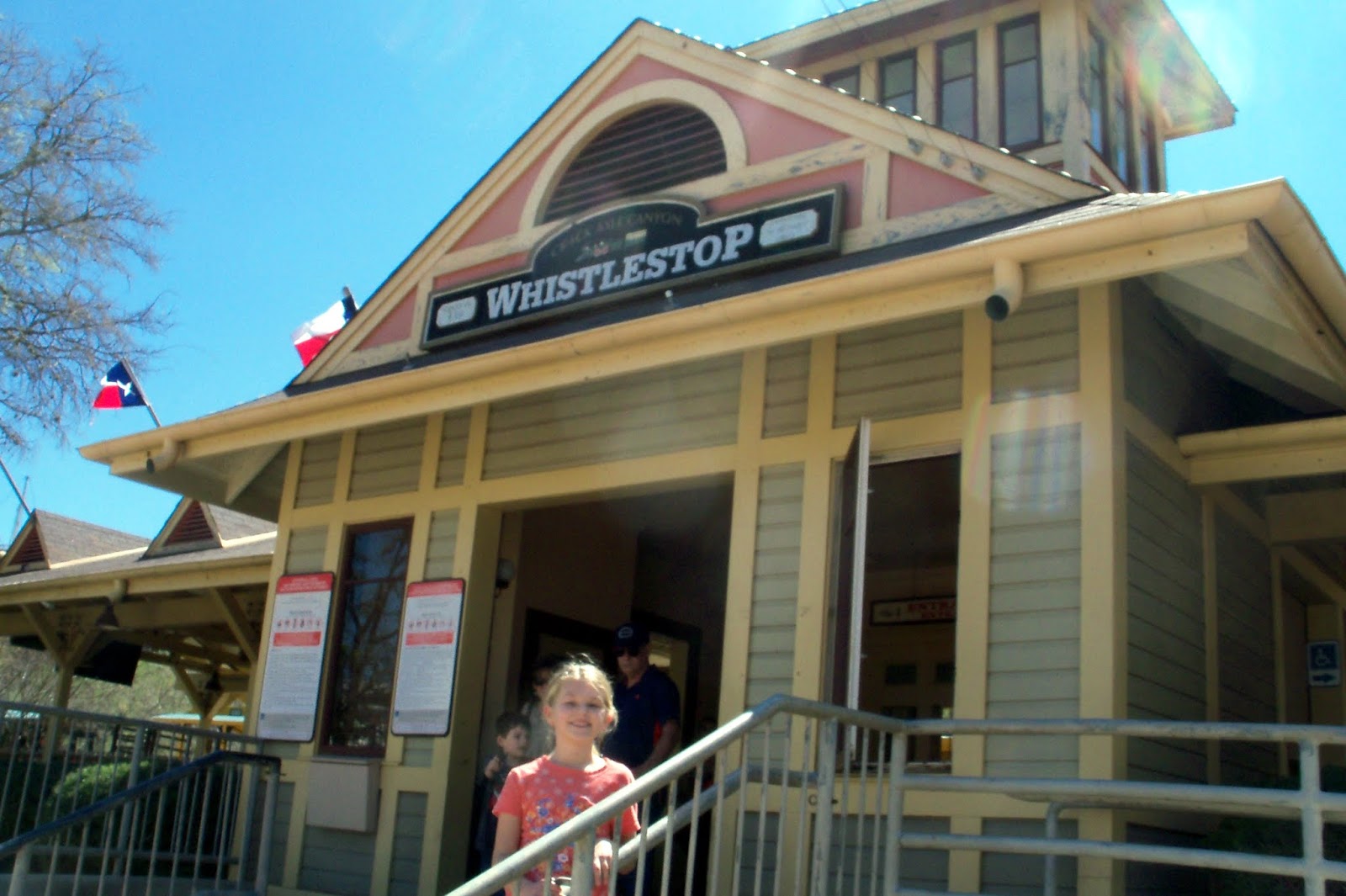 We rode all the way around and didn't have to get off at the other stop. Then we were off on foot. Did I mention there were crowds? Oh, bumper cars. I thought Morgan would like those so we got in line and waited.....and waited.....and waited. Goodness, I don't think that the kid running the ride could have moved any slower if he was walking through molasses. After nearly an hour, we jumped in our bumper car and took off with Morgan driving. We careened around the outside of the ring and did indeed get bumped numerous times. But we were moving pretty good too. She loved it.

Next stop, the Merry Go Round. This is Morgan's favorite ride and Grandma likes it too. Ah, a short line too. She was already asking if we could go again before we actually started moving the first time....of course! 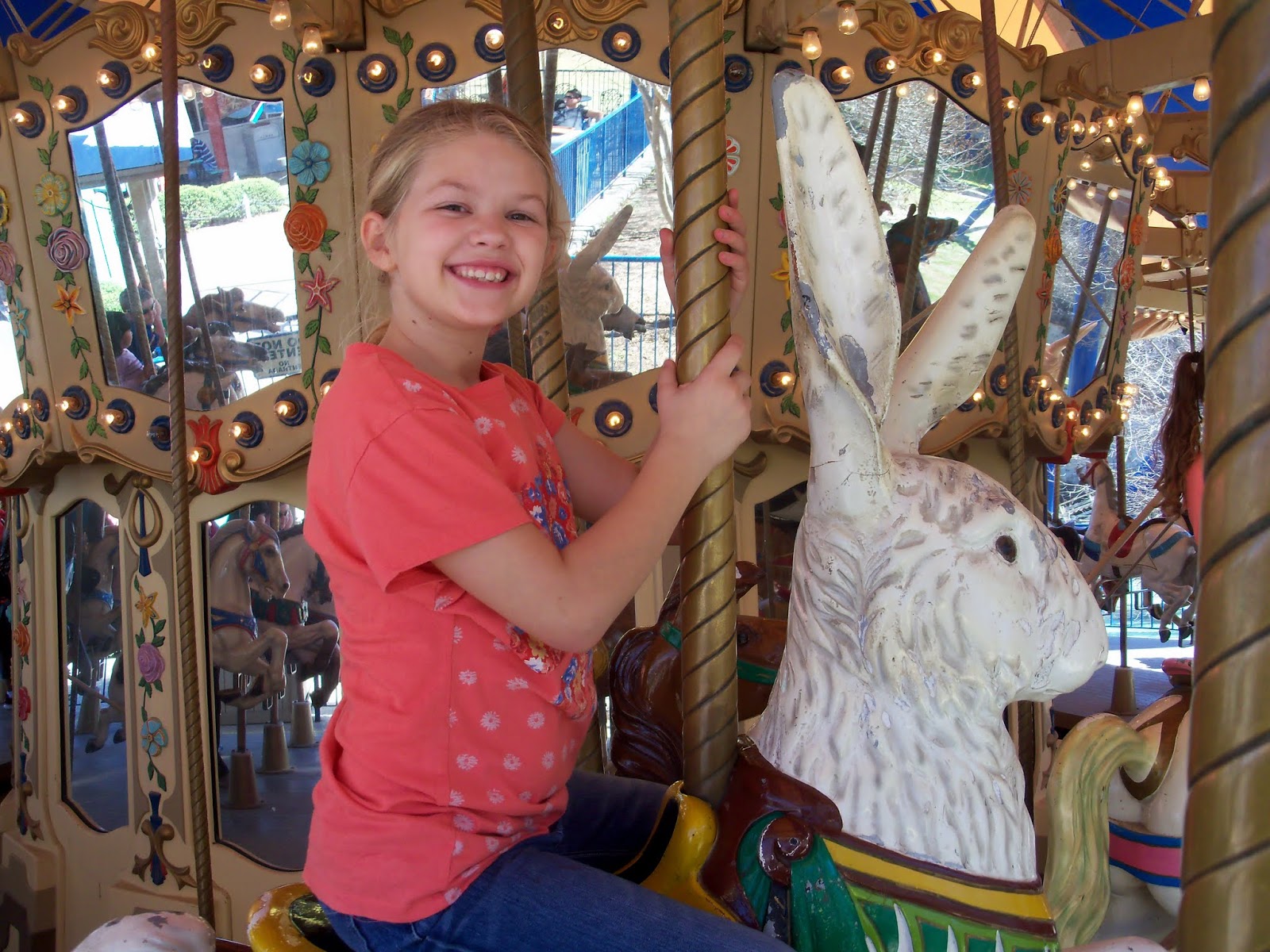 By now, we had been at the park for several hours. My phone rang with Steve checking in. He and Cameron had just gotten off the Iron Rattler. Yes, the line was that long. They met us at the Merry Go Round and everyone had another ride. 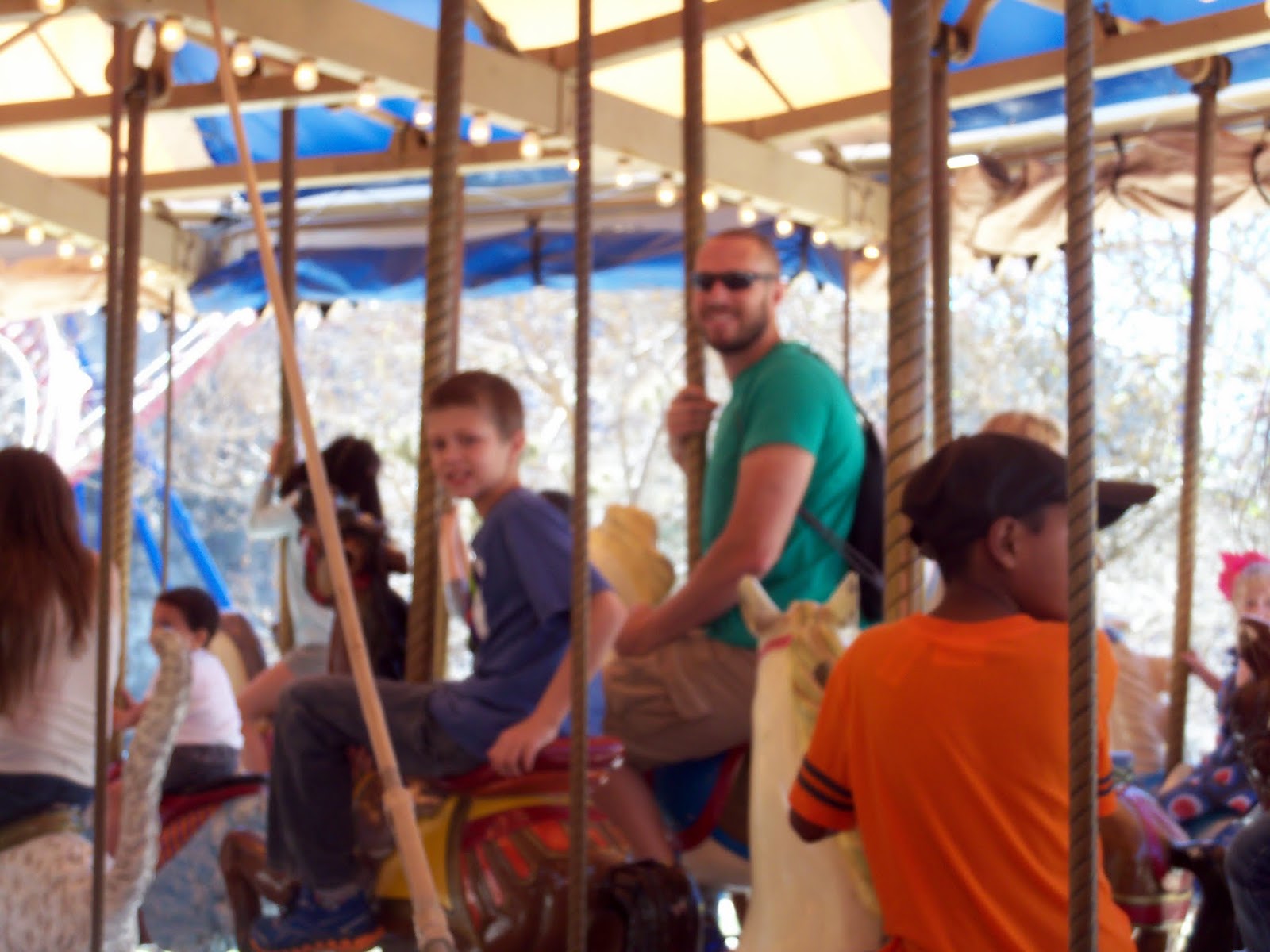 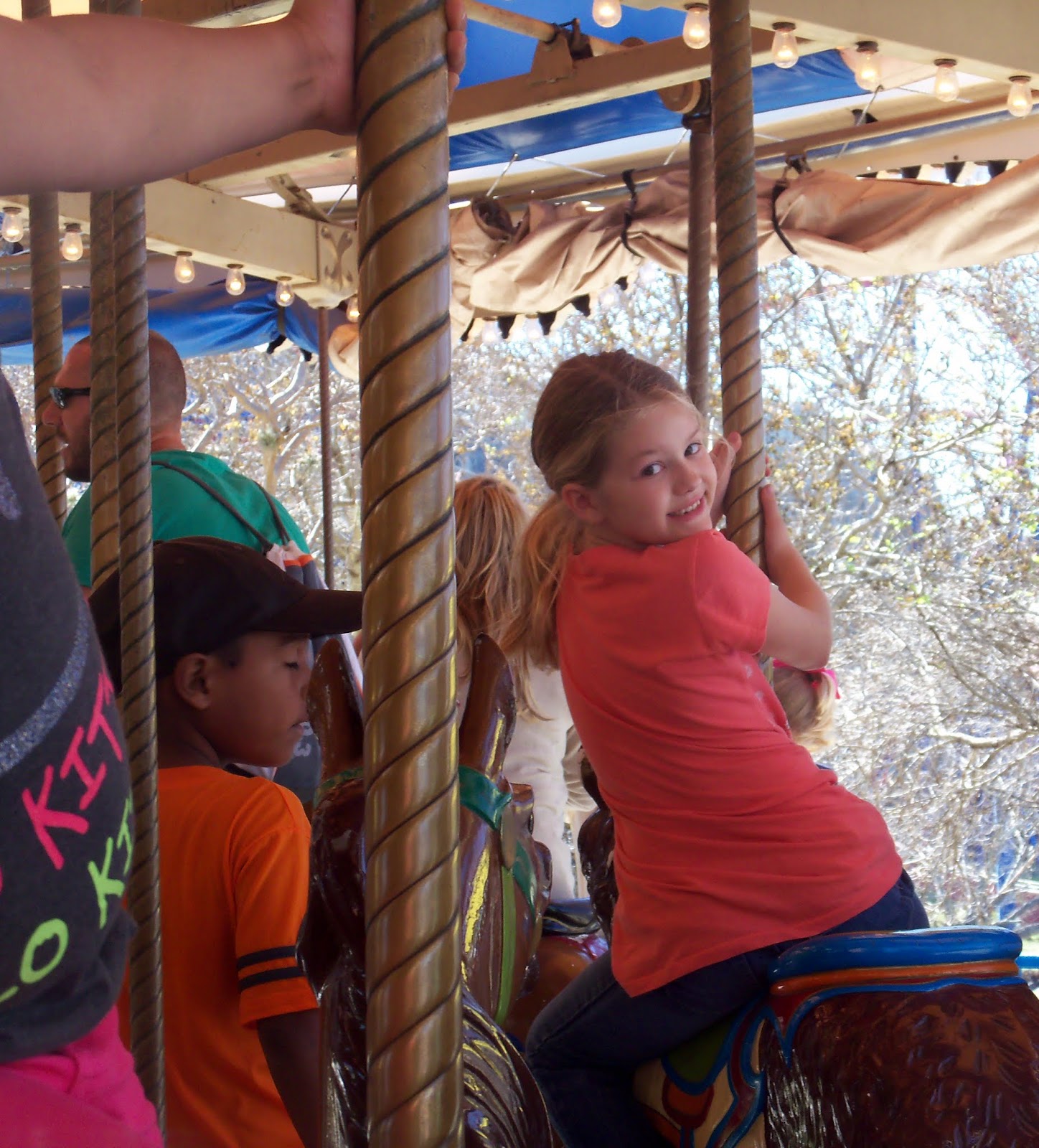 We had a quick bite to eat and decided to ride the train one more time before heading home. This time we had a twenty minute wait and once we finally got on, everyone had to get off at the next stop. Darn. We wanted to get out of there before the evening traffic snarl and knew we had a long walk to the truck so we were off. This was a very short visit compared to our last two trips but we were all worn out. That was a really long walk back to the truck.

Next time, everyone will listen to Grandma and we will be there when it opens.....and I will definitely bring some Aleve along. Did you see the crowds lined up at the beach on South Padre?????
by TravelingLongdogs Posted 3/12/2014 06:00:00 PM