The rally ended with the Hitchup breakfast so now Carolyn, Mary, Sheryl, Irene, and I were free to relax with no more events to worry about. We did check out a few area places during rally down time which I am including here as well as things after the rally as we stayed until Sunday.

Carolyn and I visited the Escapees Headquarters in Livingston as we have both been members for a long time. 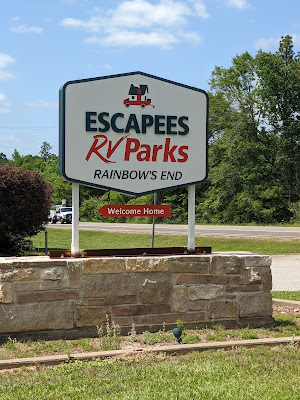 Someone was getting their RV weighed while we were there. They weigh all four wheels and provide you with a lot more info than just whether you are overrweight. 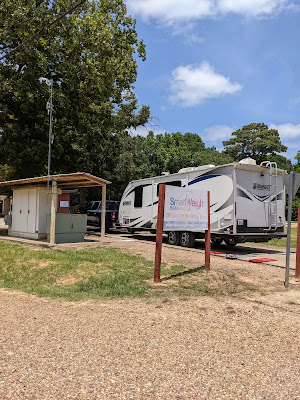 We also visited their famous Care Center where Escapees can stay if they have medical problems or even if they need to quite RVing. The volunteer gave us a very nice tour even though it wasn't the day for tours. We were impressed with all they do. It is nearly all staffed by volunteers and we have a mutual friend that volunteered here for a number of months. One of her primary duties was to drive individuals to medical appointments in Houston primarily at the big medical center. 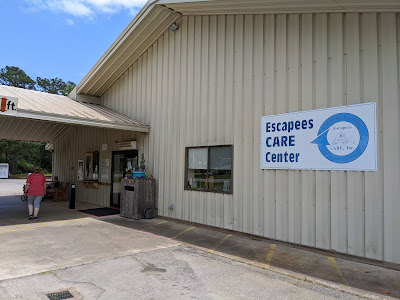 There are several nice RV parking areas and we had some friends that were staying there for a month because friends were gathering to play cards. 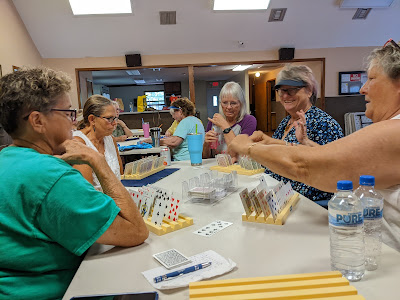 This neat trolley was parked across from the office. 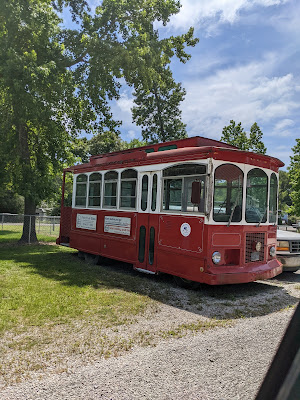 We also drove out to the Indian Reservation a few miles out of town. 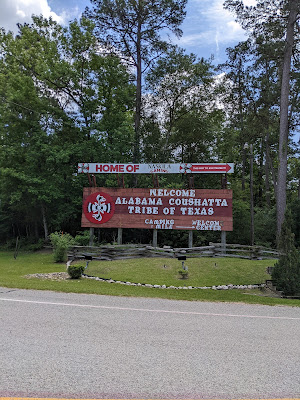 Several ladies had been to the casino several times during the rally but Carolyn and I prefer to spend our money RVing. I didn't get a picture of the casino but it was large and the parking lot was full. We found this interesting sign. 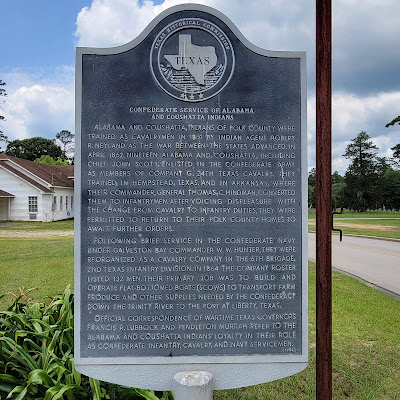 There were several village offices in the same area as the casino. 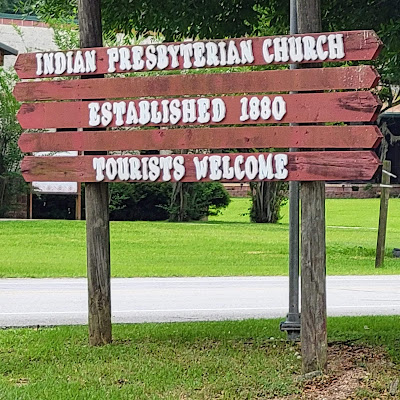 There was a nice campground called the Lake Tombigbee Campground which is open to everyone on the reservation. I didn't get any photos but they had tent sites, water/electric sites and some full hook-up sites in addition to cabins.

Carolyn and I also visited a nice little museum. 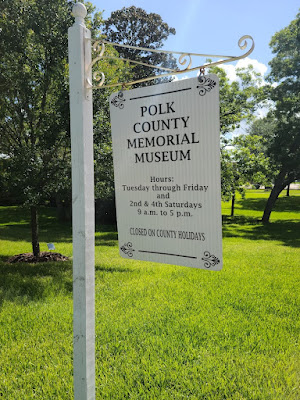 There were all kinds of exhibits that were housed in a house donated by a local resident. 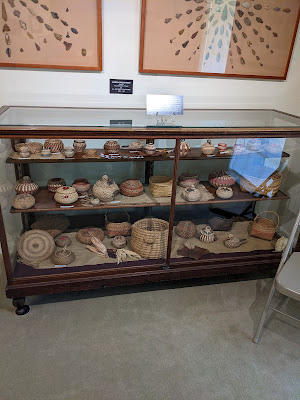 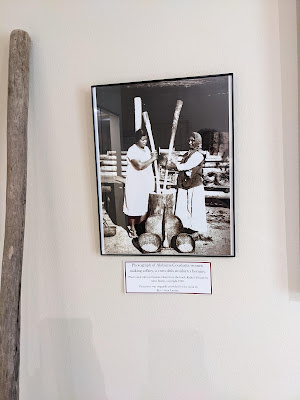 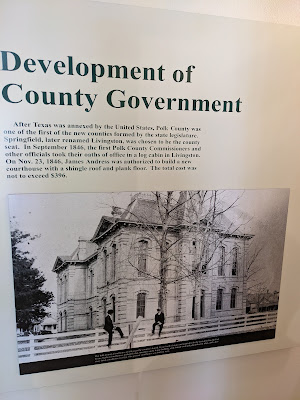 There was also an interesting exhibit for World Bee Day. 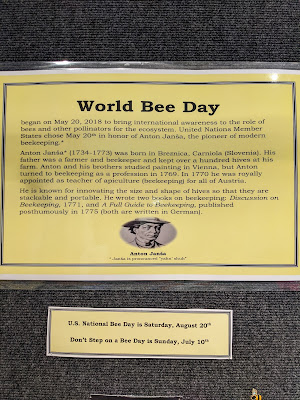 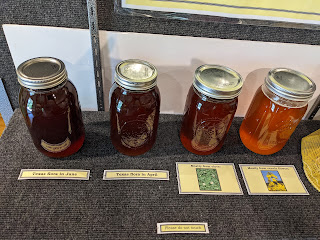 The museum really covered a lot of ground in a relatively small area. 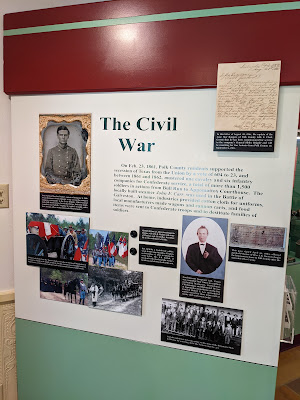 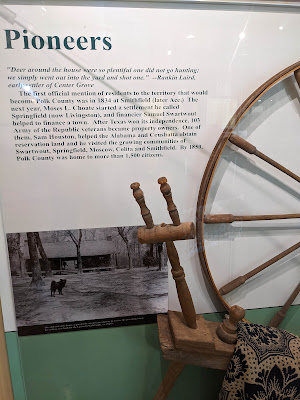 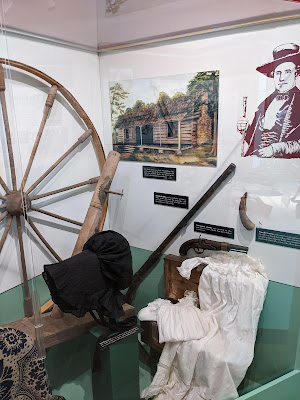 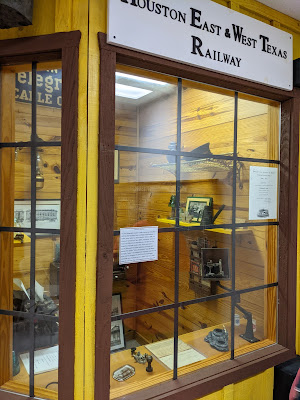 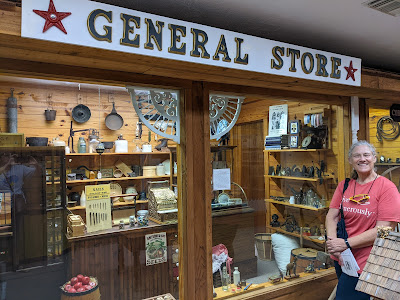 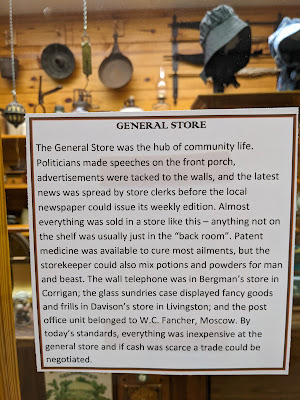 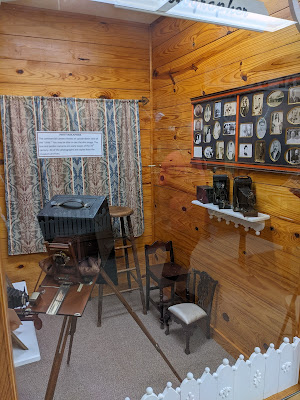 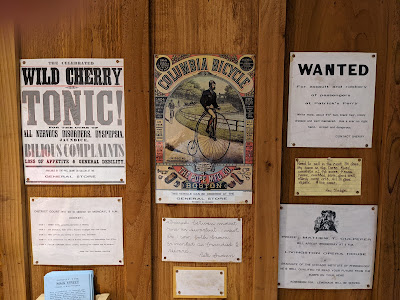 Right next door was the Polk County Heritage Park. There was a cabin in the process of restoration. 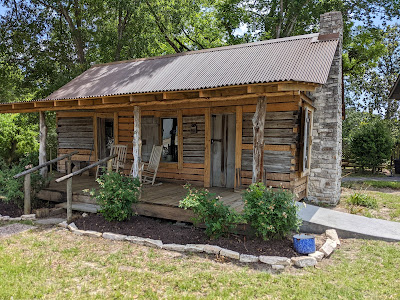 A late blooming bluebonnet in a very dry area. 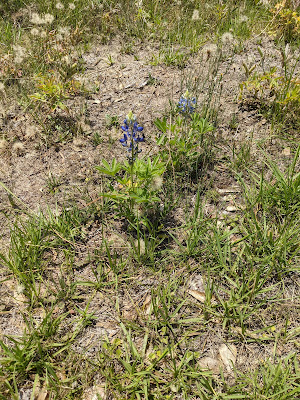 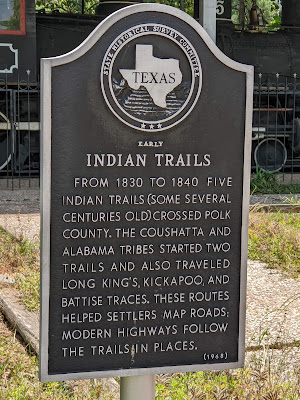 This engine has a long history with hauling logs. 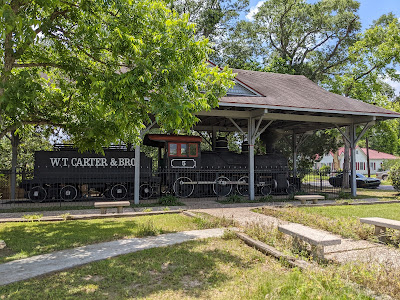 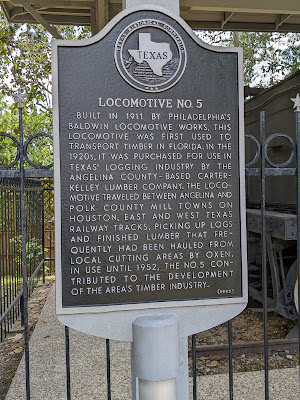 Our next stop was a visit to a very old cemetery but that's another story.